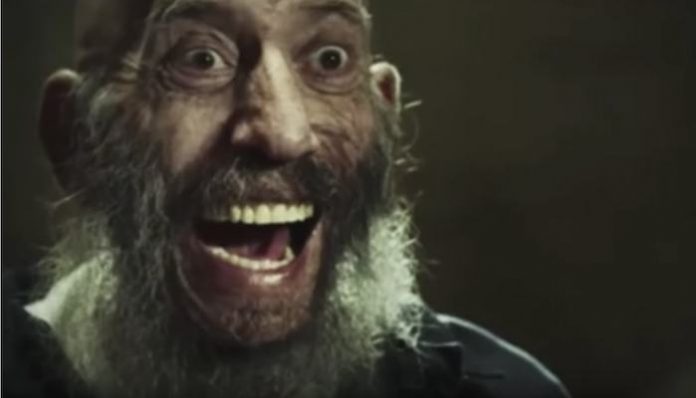 The anticipation is high for the next Rob Zombie film to make its bloody debut. Earlier this month, the musician/director dropped the first teaser trailer for 3 From Hell spotlighting the Firefly family’s return.

Now, Zombie is sharing a look at the first poster (and release date) along with information regarding a special three-night event.

The series of horror movies started with 2003’s House Of 1000 Corpses and continued with 2005’s The Devil’s Rejects, both also by Zombie. While the movie has been done filming for quite a while, Zombie had to clarify it was not ready to hit theatres quite yet.

Now, Zombie is sharing exactly when we can expect the new film along with a new poster and special event.

“Check out the official THREE FROM HELL teaser poster!!!!!” he writes on Instagram. “Also go to FATHOMEVENTS.COM for info on a special 3 night event!!! See 3 FROM HELL before anyone else!!! FYI this will be the UNRATED CUT of 3 FROM HELL! I REPEAT THIS IS THE UNRATED CUT!!!!!!”

Check out the official THREE FROM HELL teaser poster!!!!! Also go to FATHOMEVENTS.COM for info on a special 3 night event!!! See 3 FROM HELL before anyone else!!! FYI this will be the UNRATED CUT of 3 FROM HELL! I REPEAT THIS IS THE UNRATED CUT!!!!!! #robzombie #sherimoonzombie #billmoseley #richardbrake #sidhaig #deewallace #emiliorivera #dannytrejo #panchomoler #freethethree

As the poster states, “evil returns” this September. Zombie partnered with Fathom Events to present a special, three-night event allowing fans to see the film before anyone else.

3 From Hell will hit 900 theaters Sept. 16, 17 and 18 with tickets going on sale here beginning July 19. The unrated version will play with special bonus content each night, according to Bloody Disgusting.

“This event is a long time coming,” Zombie says. “The journey of these characters has always been special to me and I am thrilled to finally let the fans experience the next episode of the Firefly madness. This project was a true labor of love for everyone involved and we know we have created something amazing for the loyal followers of these films. Let the insanity begin!”

A full list of theaters will be available when tickets are released July 19, and you can get more information here.

More on Rob Zombie and 3 From Hell

The movie’s been hyped up for a while now with Zombie frequently dropping hints about possible characters. Zombie also revealed that we could expect “many bizarre cameos” in 3 From Hell, including one from Chaz Bono.

The film is rated R for “strong sadistic violence, language throughout, sexual content, graphic nudity, and drug use.” Fans have been waiting for the sequel for over ten years, and the first trailer highlights the two past films. Check out the first clip below.