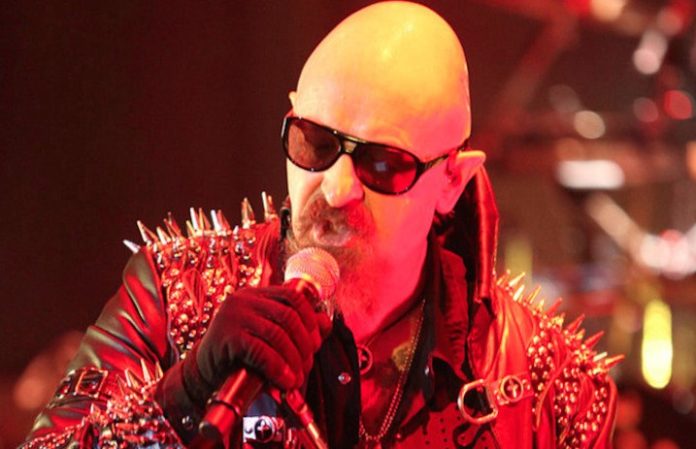 Judas Priest vocalist and “Metal God” Rob Halford opens up about the continuing fight for equality in a new interview with Noisey, saying he won't be happy until he “see[s] equality across the board”—read more below.

Promoting Priest's upcoming album Firepower, out March 9 via Epic, Halford tackles the current state of diversity in the world, saying we still have miles to go in the quest for LGBTQ+ acceptance. After coming out as gay in an interview with MTV News in 1998, the singer admits he's still working for inclusiveness in the metal scene and beyond.

“The battle goes on for me; as a gay man,” he says. “I shall not be happy until I see equality across the board. That's vital. I don’t think it's right that there's one set of rules for one individual and another set of rules and laws for another individual. That's not the way the world should work.”

Of course, Halford remembers a time when some ideologies were much worse off than they are today, but the musician zeroes in on hate crimes that occur around the world as proof of our need for a growing acceptance. Still, he says there is documentable progress that spurs the conversation forward.

“Over the decades, I’ve seen major changes, like same-sex marriage—which is wonderful—to still terrible hate crimes that happen. We lose people in very violent ways. That's just that flaw again of humanity again. Still a long way to go, but faith and optimism always rule the day in my world.”

Against the odds of humanity's flaws, however, the Judas Priest frontman realizes that coming to intellectual blows with others usually won't evince an impartial outcome—he says the need to “rise above the discourse” is the first step to teaching an equitable outlook:

“You've got to be able to talk about whatever it is you need to talk about,” Halford adds, “to rise above the discourse and the screaming. It's about leading people and teaching people a different perspective.”

What do you think of Halford's openness on equality? What are you doing to make the world a more accepting place? Sound off in the comments below.