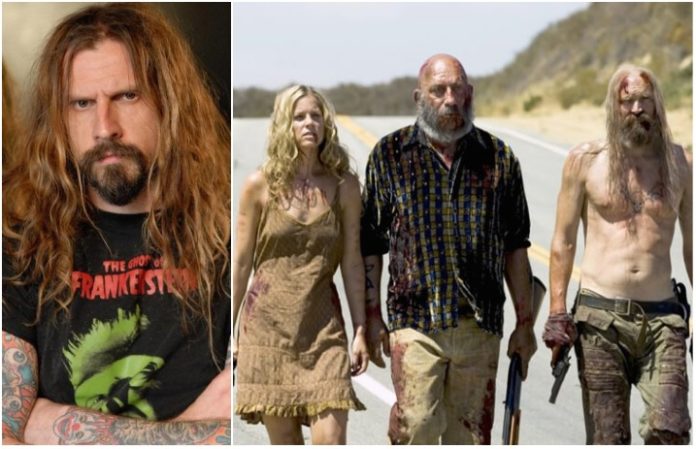 It looks like we'll have to wait a bit longer for the release of Rob Zombie's anticipated The Devil's Rejects sequel, 3 From Hell. While the horror film is finished shooting, editing is delayed until the musician and auteur completes his upcoming tour with Marilyn Manson—see the dates below.

As reported by Bloody Disgusting, Zombie revealed on SiriusXM's Trunk Nation show that he won't begin editing the movie until he gets back from his “Twins Of Evil: The Second Coming” summer tour alongside rocker Manson.

“We're done shooting it,” Zombie says. “And, basically, the process just stops and waits for me. 'Cause the film will just basically sit and wait till I get back from tour, which is the end of August, maybe… I don’t remember when [The Second Coming] tour [with Marilyn Manson] ends… beginning of September. And then we'll start editing. And that'll take me through the rest of the year.”

Zombie adds that editing should take a total of “five or six months, maybe. But I like it. I have a studio at my house, and we just bring the editors there and set up and we just sequester ourselves away. It's actually the same studio we make the records in, we just switch out the gear.”

3 From Hell reportedly continues the story of murderous drifters Otis Driftwood (Bill Moseley), Captain Spaulding (Sid Haig) and “Baby” (played by Zombie's wife, Sheri Moon Zombie) in a belated third installment after House Of 1000 Corpses (2003) and The Devil's Rejects (2005). As we previously reported, other 3 From Hell cast members include Danny Trejo, Clint Howard and Austin Stoker.