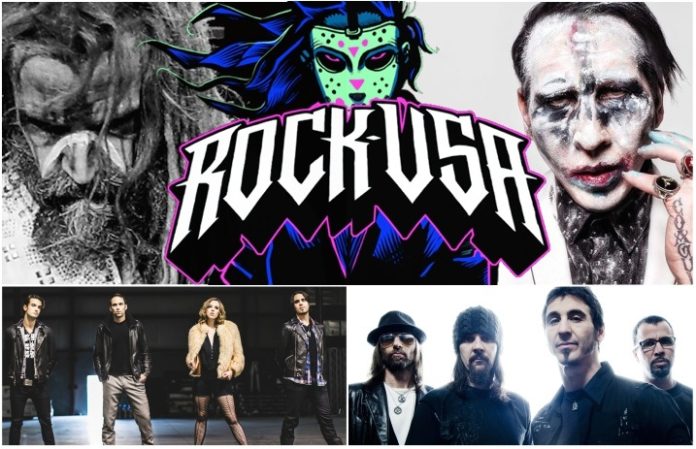 Rob Zombie, Marilyn Manson, Halestorm, Godsmack and many other hard rock and metal acts have been announced for this summer's Rock USA festival in Wisconsin. Check out the full lineup and announcement video below.

Rock USA 2018 goes down July 12-14 at Ford Festival Park in Oshkosh, Wisconsin—get tickets and more info here. Thursday, July 12, will see Godsmack headline the first day of the fest along with Halestorm, Bush, Sum 41, Pop Evil and Devildriver. Friday, July 13, finds Rob Zombie in the last spot of the night with Marilyn Manson, Seether, Underoath, Sevendust and All That Remains also playing. The final day of Rock USA, Saturday, July 14, will feature sets from Shinedown, Stone Temple Pilots, Machine Gun Kelly, Nothing More and Beartooth. Tons of other bands are scheduled to appear throughout the weekend, so be sure to see the rest of the 2018 Rock USA lineup right here: