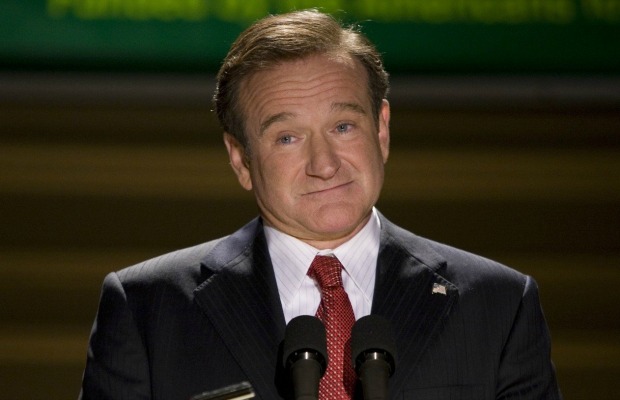 It's hard to imagine a role that isn't perfect for the late Robin Williams but casting director Janet Hirshenson revealed that the actor was turned down for a role in the Harry Potter series.

In an interview with the Huffington Post, Hirshenson explained that the comedian called director Chris Columbus in hopes of playing the Hogwarts groundskeeper Hagrid.

“It was a British-only edict, and once he said no to Robin, he wasn’t going to say yes to anybody else, that’s for sure,” explained Hirshenson. She went on to say that Robbie Coltrane, who won the role of Hagrid, was J.K. Rowling's first choice for the role.

It's hard not to imagine how different the series might have been if Williams would have won the role instead of Coltrane.

Hirshenson also talked about how Harry, Hermione, and Ron were chosen for their roles.

“We must’ve had about six Harrys, only two or three Hermiones ― there wasn’t a lot ― and there was probably five-ish Rons,” said Hirshenson.

While every character had to be British, some also had more requirements. Harry Potter, who would be played by Daniel Radcliffe, had to have either green or blue-green eyes.

Hermione, played by Emma Watson, also had a specific requirement.

“The character needed to be towards the annoying side at times, but not too annoying,”

This specificity is what led the Harry Potter series to make over five billion dollars, and with another series set in the Harry Potter universe just beginning, it's fun to look at what possibly could have been.