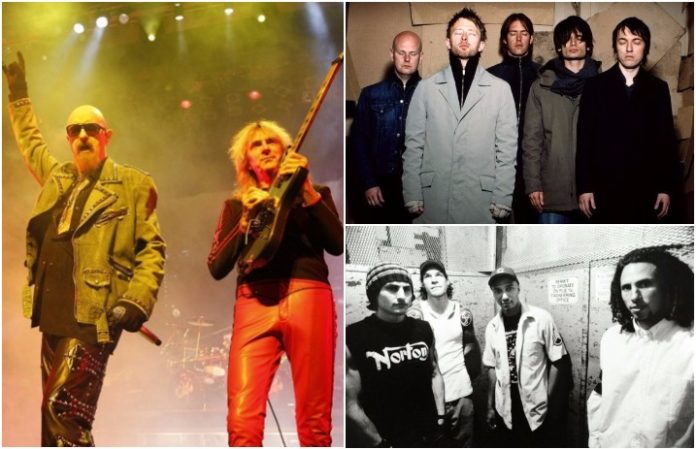 The nominations for the Rock & Roll Hall Of Fame’s Class of 2018 have been announced, including Rage Against The Machine, Judas Priest, LL Cool J, Radiohead and more. Check out the full list of nominees below!

The nominees that receive the most votes will be announced in December and inducted next April at a ceremony at Public Auditorium in Cleveland.

To be eligible for nomination, each band or artist’s first single or album must be at least 25 years old, released in 1992 or earlier. This is the first year Kate Bush, Dire Straits, Eurythmics, Judas Priest, Moody Blues, Radiohead, Rage Against The Machine, Nina Simone and Sister Rosetta Tharpe have been included in the Rock Hall nominations.

The public will once again have the chance to vote alongside the artists, historians and music industry professionals on the Rock Hall voting body. The top five artists, as selected through public voting, will comprise a “fans’ ballot” that will be tallied along with the other ballots to select the 2018 inductees, according to Variety.

Voting is currently open and will remain open until December 5.