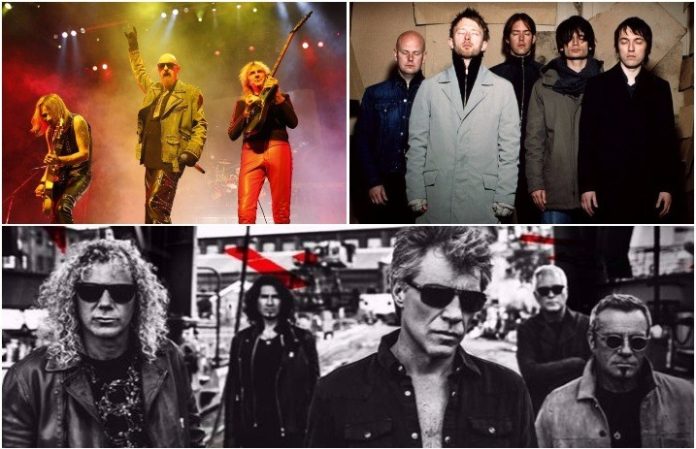 The Rock and Roll Hall Of Fame have released the result of the 2018 fan votes—and, let's just say, Bon Jovi claimed a massive amount of votes.

The initial list of nominees for the 2018 Rock and Roll Hall Of Fame were unveiled in October, and the fan-voted winners were unveiled today.

Bon Jovi received a whopping 1,162,146 votes, followed by Moody Blues with 947,795 votes, Dire Straits with 613,749 votes, The Cars with 552,733 votes and Judas Priest with 538,508 votes. As Blabbermouth notes, the winner of the fan vote has a history of being part of that year’s inductees, meaning things are looking good for Bon Jovi.

However, Radiohead ranked 12 out of 19 on the fan-voted side of things, so although they’ve already announced that they won’t be attending the induction ceremony, they may not have a reason to attend anyway…

The inductees for the Class Of 2018 will be announced on Wednesday, December 13. Check out the full list of nominees below.