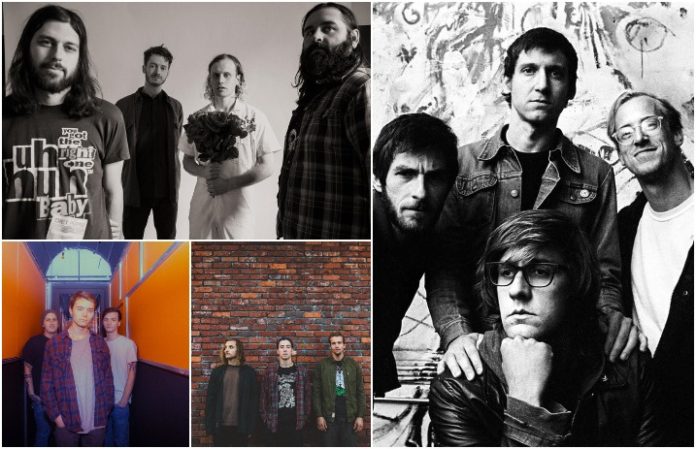 Listen to new music videos from Goat Girl, the Sidekicks and more—plus, don’t miss Rozwell Kid on tour. Check out the news you might have missed today below!

1. Rock on the Range announced its daily lineups

Rock on the Range Weekend GA tickets are officially SOLD OUT! We have released a small amount of single day Field GA and Stadium GA.

The Rock on the Range daily band lineups have been announced. The festival is set to take place May 18 to 20 in Columbus, Ohio. Unfortunately, weekend VIP and general admission tickets are sold out, but there are still a limited number of single day GA and stadium tickets available here. You can check out the days each band are playing below!

We're touring the northeast with @Pdaddynthehyena! Tickets go on sale this ~*Wednesday*~ at NOON local time. We simply cannot wait to get on stage and play our songs with efficiency and aplomb. Join us 🙂 pic.twitter.com/nshaBTDOEz

Rozwell Kid announced a tour with Prince Daddy & The Hyena. Tickets are on sale now. Check out the dates below, and get your tickets here.

3. The Weekend Classic shared the “Room To Grow” lyric video

The Weekend Classic have shared a lyric video for their song “Room To Grow.” The track is taken from the band’s upcoming EP Better Health, out April 6 via Rude Records. You can snag your copy of the album here!

4. The Sidekicks announced a new album, drop a new song

hi friends! at long last we can announce our new album 'Happiness Hours' comes out May 18 on Epitaph Records! you can hear 'Twin's Twist' and pre-order the record at https://t.co/2VdsTZCsgp pic.twitter.com/PjCdBYbD90

The Sidekicks announced their new album Happiness House, out May 18, and you can get your copy of the album here. The band also dropped the lead single off the album “Twins Twist.” The Sidekicks are set to go on tour, and tickets go on sale March 30 at 10 a.m. You can check out the dates below!

Goat Girl have dropped their new song “Throw Me A Bone.” The track is taken from the band’s debut self-titled album, due out April 6 via Rough Trade. You can get your copy here. The band are also heading out on tour with Parquet Courts. For a list of dates and to purchase tickets, you can go here.

The Minneapolis natives in Household have premiered a music video for their song “Dark Matter.” The track is taken from the band’s latest album Everything A River Should Be. You can snag your copy of it here. The band are also on tour with Senses Fail and Have Mercy. Check out the remaining dates below!