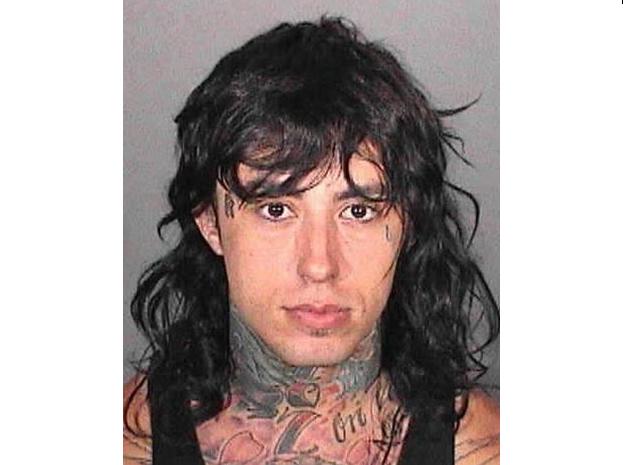 Though now out on bail, Falling In Reverse's Ronnie Radke was arrested on Monday, August 6 on an outstanding warrant for alleged domestic assault against his girlfriend, according to the Glendale News-Press.

A warrant for Radke's arrest had been issued on May 1, before his band's run on the summer's Vans Warped Tour, when Radke's girlfriend told police that he had “physically assaulted her.”

He is “charged with a misdemeanor count of corporal injury to his girlfriend.”

Radke was released, officials said, on $30,000 bail bond. He is expected to appear in court on August 14.

The singer, no stranger to run-ins with the law, had spent 2-and-a-half years in prison prior to this charge, and was released in 2010.

UPDATE 4:09 P.M. (EST): Below you can find a screenshot from the Los Angeles Sheriff's department inmate search website confirming the arrest and booking of Radke on August 6 by the Glendale Police Department. We have reached out to the band's team for statement and will keep you updated if we hear anything.

UPDATE 6:00 P.M. (EST): Radke's team has stated that they have no comment on the matter at this time.