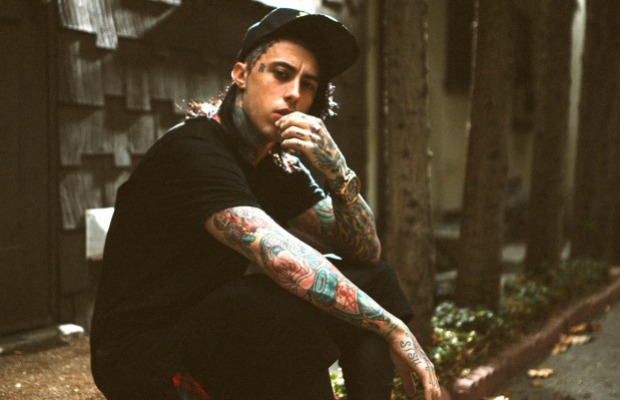 A series of Facebook posts making allegations of sexual assault against Falling In Reverse frontman Ronnie Radke began making the rounds on social media last night, following the band’s performance in Salt Lake City, Utah. The posts, from a woman named Kacee Boswell (and a friend of hers), can be seen below. (Updated below.)

“The Internet is a wonderful place because everyone has a voice. It’s also an awful place for the same reason. This isn’t the first time people have taken it upon themselves to spread ugly, unsubstantiated claims about myself and my friends. No one from our band or crew were arrested in Utah. After our show in Salt Lake City, we were concerned for someone who appeared to be under the influence and called 911. I personally spoke with law enforcement. I certainly was never under arrest or charged with any crime.”

When contacted by phone, the Salt Lake City Sheriff’s Department had no record of Radke ever being held by them.

AP has been in contact with the Murray City Police Department (which FIR's attorney stated were the ones called to the scene) in Utah and left messages for the detective assigned to the case. Thus far, neither the band’s attorney nor AltPress has obtained a police report, and officers we spoke with had no further details at this time.

We have also reached out to Boswell and will update as this story develops.

UPDATE: After initially agreeing to speak with AP, Boswell said she would be making a blog post about it instead. She has since given a statement to the New York Daily News, which you can read below:

“The alleged victim told the Daily News that she sustained a bruised jaw, a broken nose and vaginal tearing in the attack and filed a police report at the hospital. What made the attack even more emotionally painful, she added, was that she had known Radke for nine years and previously had consensual sexual relations with him.”