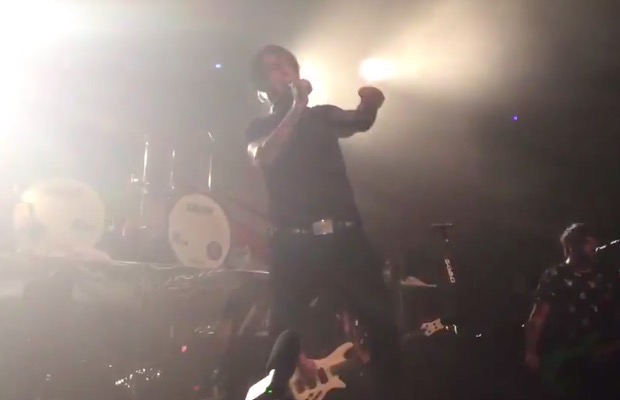 Ronnie Radke just knows how to command a crowd. During a stop on Falling In Reverse’s spring tour, the always-enigmatic frontman had attendees convinced that they were about to play “the heaviest song you will ever f*cking hear!” As you can see in the fan-shot video below, a wall of death was about to erupt. But when the beat dropped, the band busted into “Bad Girls Club,” which is perhaps the most non-heavy song Falling In Reverse have.

@RonnieRadke remember when "this is the heaviest fucking song ever" then broke out into bad girls club lmfao pic.twitter.com/R4FPxHrWCN