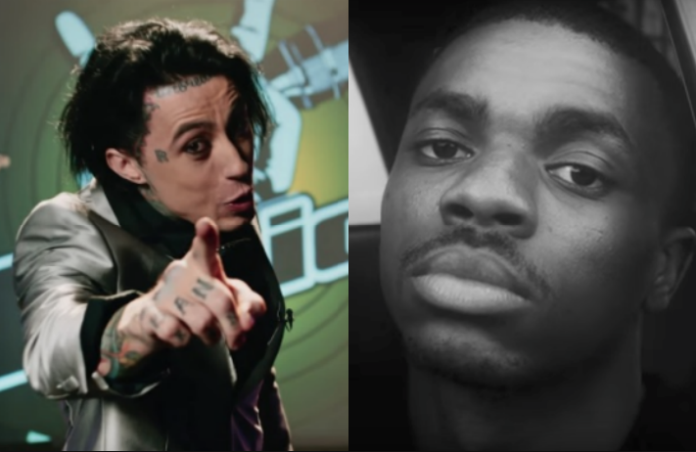 Ronnie Radke and rapper Vince Staples are beefing on Twitter over none other than Eminem, because nothing surprises us in 2017.

“It was trash,” he said. “He can do better.” Staples went on to assert that if he were to rap those lines, it would be taken less seriously: “If I said, ‘This is for Colin/Ball up a fist/And keep it balled up/Like Donald the bitch,’ they would be like, ‘Get this nigga out of here.’”

Staples has since qualified that his statements were all in good fun, but he's caught some serious heat on Twitter since, mostly from Eminem fans. One of those fans is the always-outspoken Ronnie Radke.

Man I don't know you and you can have an opinion but I think your ass is a straight liar. Em will end your career, tread lightly. ���� https://t.co/kJRgKCHfR0

And so began a (kind of hilarious) Twitter war.

you all good man. bout to bump some of your shit right now. Never heard of it. https://t.co/e6abUeW31B

I havent heard you either I’m too black for your music. Just make sure when you see me your make up is off so we can have a grown man convo. https://t.co/nIa6z8z7rp

Did you just literally square up to me on twitter? Im crying https://t.co/Ui2XW0GL92

Say one thing about one freestyle and the lead singer of fall out bitch don’t like me man what did I get myself into.

All good man. I don't hate ya. https://t.co/ZYRoEhTEq3

Damn. Who do you think won the wildest Twitter battle of 2017? Let us know in the comments.