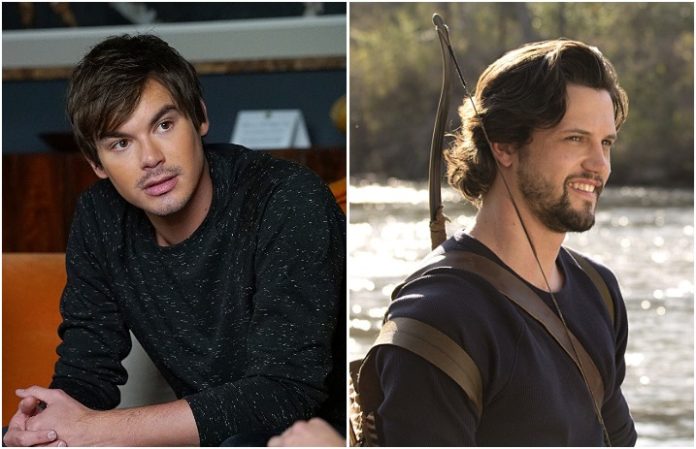 The CW has rounded out the cast for its upcoming reboot of Roswell. The news should come as a pleasant surprise for fans of Pretty Little Liars and The Originals, as an alum from each show will be making an appearance on the new show.

As The Hollywood Reporter reports, Nathan Parsons of The Originals and Tyler Blackburn of Pretty Little Liars are the last two stars to be cast in the CW reboot of Roswell. The pair will also be joining Jeanine Mason (Grey's Anatomy), Michael Vlamis (New Girl), Lily Cowles (BrainDead) and Heather Hemmens (Hellcats) as series regulars.

The reimagined show will be based off of the Roswell High book series by Melina Metz, which was also served as the inspiration for the original series by Jason Katims. According to THR, the series will feature an alien/human love story, similar to the original, but it won't be exactly like the Roswell we know and love.

Instead of the plot centering around a high school love story, it appears that this one will center around the reluctant return of Liz (Jeanine Mason). After coming back to Roswell, she makes a shocking discovery about her former crush from high school. Soon, she discovers that Max (Nathan Parsons) is now a police officer with a horrifying secret: he's an alien.

As the two reconnect with one another, they begin to uncover a government cover-up that shows that there is a greater presence of aliens on Earth. This discovery could potentially expose Max and ruin their growing relationship.

The new CW series will be taken on by writer, Carina Adly MacKenzie and director, Julie Plec, who worked with Parsons in the past on The Originals.

Parsons, who played Jackson in The Originals, is set to take on the lead male role in the series. Max, will be portrayed as “a natural born leader and dedicated Roswell police officer who for years has concealed his origin and unearthly abilities,” per THR.

Blackburn, who played Caleb in Pretty Little Liars, is set to portray Sgt. Alex Manes, a character who is returning home after experiencing psychological trauma in the Middle East. He will also be aiming to “adhere to his father’s expectations, abandoning his dreams and the possibility of a future with the man he loves.”

As for the other characters, we know Vlamis is set to play Michael, Cowles will play Isobel and Hemmens will portray Maria.

While we don't have further information, we're pretty excited to see what's to come from the new show!