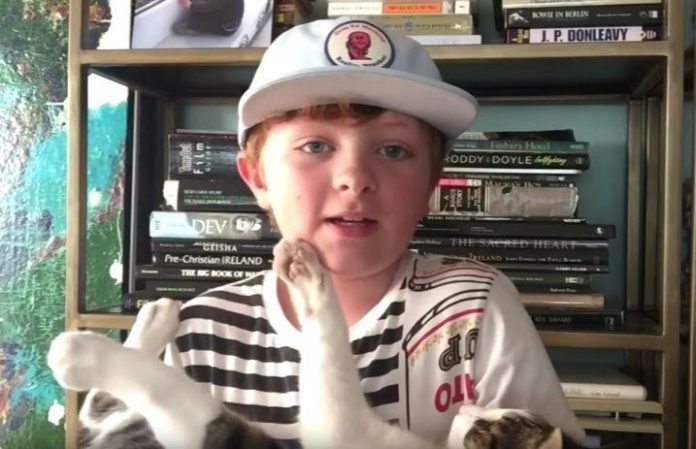 Kids say the best things, right? 11-year-old Ruairi has shared some of the best reviews of some of today's biggest rappers, and it's honestly one of purest things we've seen in a while.

It all started when we stumbled upon his YouTube reaction to Lil Yachty, Lil Pump and Offset's “Baby Daddy,” which he gives a 6/10, might we add. (“what is that title tho WHO WOULD NAME THEIR SONG BABY DADDY,” reads the caption. True.)

“I'm going to see if there's a clean version so my parents and the people at my school will not get mad at me,” he comments before jumping into the reaction.

And he doesn't just show up with his mom's phone and camera. Nope—he has organic melon juice, chips and a spritzer filled with water “just in case stuff gets too fire.”

(Note to self: Next album review? Get a spritzer for those fire tracks.)

While this review went viral, it doesn't end there. Ruairi and his dad review everyone from Run The Jewels to King Krule, and we can't get enough of his takes.

“No. 1, the drummer is amazing. I like King Krule's vocals; they're very different,” Ruairi says on King Krule. “I also think that the producer is really good. I like his echo effects.”

“I think when you’re making a channel you just need to be yourself and always do what you want to do,” Ruairi told The Daily Beast. “And as DJ Khaled says, don’t play yourself. That’s just some really good life advice.”

Ruairi just loves music, and his reviews are a refreshing look at the music world. We can't get enough of them, and if you want to review that new Panic! song, we'd love to hear your take. (We promise, that spritzer would be needed—it's a fire track.)