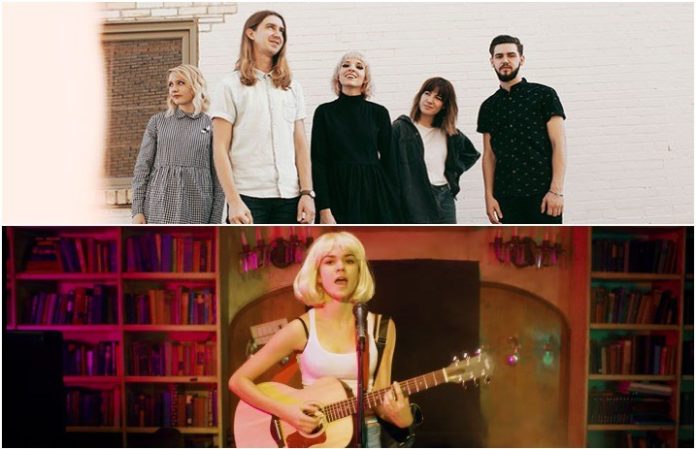 Vine star Rudy Mancuso and The Fosters actress Maia Mitchell have been accused of ripping off Eisley's “Ambulance” in their new song “Sirens.” It was first noted in a video from former Mutemath drummer Darren King, who's married to Stacy DuPree, vocalist and keyboardist of Eisley.

He posted the video to Instagram, showing how the melodies not only sound similar, but noting that Mancuso and Mitchell went as far as using the same lyrics.

“It's not a cover, it's not a sample. Rudy and Maia, you just straight lifted. And you're selling it. You can't do that,” King explains.

@maiamitchell and @rudymancuso stole my wife's song and are selling it. Rudy and Maia, you should have at least changed the lyrics to “I need a lawyer” #sirens #ambulance #eisley @sucremusic @eisley

And King has not been the only one to notice it. Eisley fans have taken to Twitter to note the lack of proper credit.

I liked #Sirens by @rudymancuso and @MaiaMitchell better when it was an original #Eisley song.

THIS IS AMBULANCE BY EISLEY!!!

This No permission – no sample – no cover.. you all stole this song in its entirety from @Eisley @SucreMusic pic.twitter.com/VMBqSIDd5j

y’all know it’s HIGHLY ILLEGAL to steal intellectual property, especially when it belongs to a band that’s as talented as @Eisley. Late credit on YouTube still isn’t enough. TAKE THIS SONG DOWN IMMEDIATELY.

Fans on Twitter originally noted that the duo had no mention of Eisley in the song credits or on YouTube until after sharing the video. Later, the duo included “Original Song by: Eisley – Ambulance” in the video's description.

If done properly, Mancuso and Mitchell could have covered or sampled from “Ambulance.” However, in the world of copyright, credit in a YouTube description isn’t actually enough.

“Once a musical work has been published, anyone can record a cover version of the song by obtaining a mechanical license. A song is 'published' when copies or recordings are distributed to the public for sale or rent. A live performance is not publication,” Legalzoom explains.

Without crediting Eisley, it could put the duo into legal trouble if Eisley chooses to seek damages for Mancuso and Mitchell profiting off the band's original song. On Genius, “Sirens” is credited to Mancuso as the writer, with no mention of Eisley. And in their Billboard story, the writer explains that the track is an “interpolation of Eisley's 'Ambulance,'” but without credit, makes it an inclusion that isn't fully legal.

However, Sherri DuPree, another member of Eisley, confirmed on Instagram that they gave the duo the OK to use the track, saying, “We're working quickly to resolve it quickly so everyone can enjoy the release together.”

3) sherri (who's in the band and happens to be stacey's sister) confirmed she gave the okay and that they are working it out pic.twitter.com/MxzAvLNeTU

Hear the tracks below, and share your thoughts in the comments.