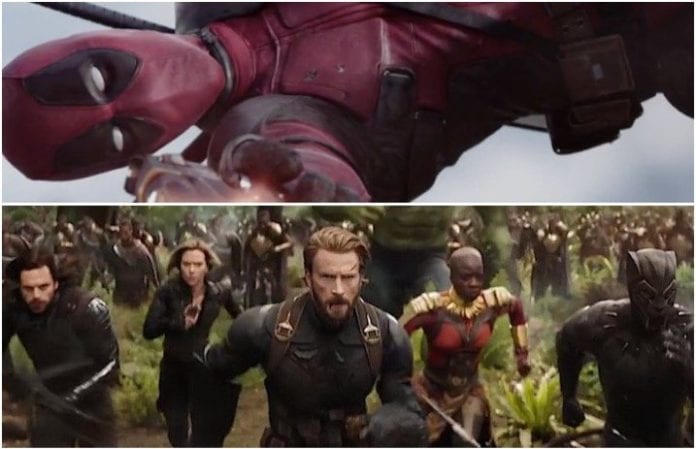 Ryan Reynolds, or as some of you might know him as Wade Wilson in Deadpool, gave kudos to the Avengers on their record breaking opening weekend.

A letter dating back to April 2012, was one of rejection from Tony Stark (Ironman) when Deadpool requested he be a part of the Avengers.

The letter reads “Re: Joining the Avengers. No. Absolutely not. Go bother Prof X. No” Check it out below.

From a guy who never knows when to quit, I’m glad you guys never did. Congrats #Avengers. pic.twitter.com/voJshTKx5E

The post caption reads “From a guy who never knows how to quit, I'm glad you guys never did. Congrats”

Avengers: Infiniy War was just released April 26 and made $39 million in ticket sales opening night alone. It swiftly passed the record set recently by Black Panther, which managed $25.2 million opening night. After the first two days, Infinity War was at $95 million and rising.

Unfortunately, a Marvel movie has yet to pass the numbers set by 2015’s Star Wars: The Force Awakens, the overall biggest Thursday opening ever taking $57 million.

It's really no surprise that Infinity War is having so much success in the box office. According to Comic Book Movie, the film will be Marvel's first two-part film that will better introduce the newest villain—Thanos (Josh Brolin). To combat the devastation that he will surely bring, directors Joe and Anthony Russo shared a cast of 67 characters who will be making their appearance.

Have you seen Avengers: Infinity War yet? What did you think?! Comment below with your review of the film!

If you haven't made it to the theaters yet, check out the trailer below!