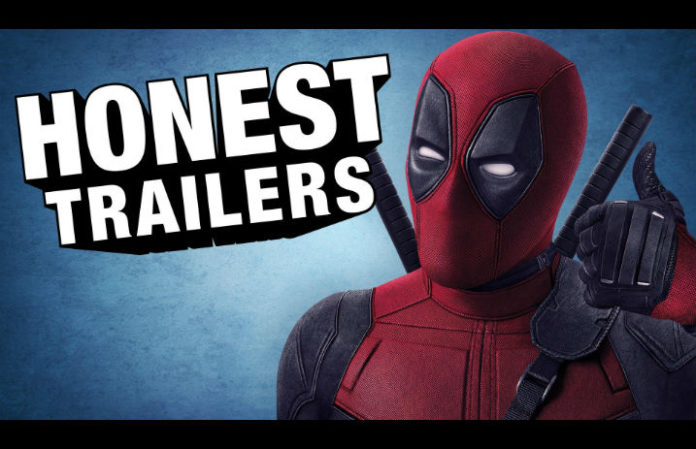 ScreenJunkies cranks out hours of content smartly satirizing the hyperbole of movie marketing with their Honest Trailers series. No trope is unscathed, no familiar beat unpunished, in Honest Trailers for everything from Star Wars, Terminator and Die Hard to The Walking Dead, Game Of Thrones and the Avengers.

The people at ScreenJunkies are fans, so there’s plenty of affection between the lines where deserved, regardless of the syrupy snark dripping all over each send-up.

In a mind-numbing meta moment for the already meta Marvel/Twentieth Century Fox franchise, the Merc with a Mouth himself shows up in the Honest Trailer for Deadpool. How did this happen? ScreenJunkies’ Andy Signore started the conversation with Deadpool co-writer Rhett Reese on Twitter. The ScreenJunkies fanbase, which includes 5.4 million subscribers to their YouTube channel, picked up the baton from there, clamoring for the brilliant idea to come true.

“He said, ‘Hey it’s Ryan, I’m a huge fan of Honest Trailers, I loved your Green Lantern one,” Signore told Mashable, who exclusively premiered the Deadpool Honest Trailer on Tuesday. “I gave him my email and he emailed me. He was so nice and accommodating and made time.”

Reynolds recorded his dialog for the trailer from the European set of Deadpool 2. “He's been really involved with the process and gave us a couple of suggestions and pointers,” Signore added. “He's been super cool about it. Him loving the brand and wanting to help us has just been a dream.”