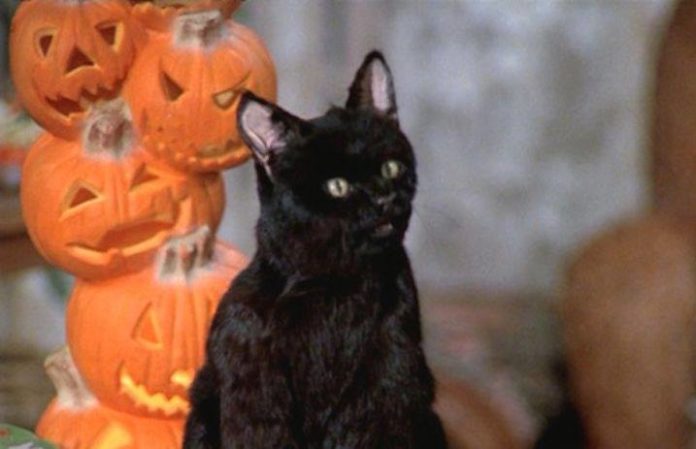 After news surfaced of Netflix's “fantastic and chilling” Sabrina The Teenage Witch reboot, fans have been eager to catch a glimpse at the characters making their return.

According to a new photo shared by Chief Creative Officer at Archie Comics, Roberto Aguirre-Sacasa, it's looking like everyone’s favorite four-legged friend, Salem, got a face-lift.

This little kitty is now just as sassy on the inside as he is on the outside. Perched atop a red satin pillow with those bright green eyes, Salem is looking ready to help Sabrina take on the world.

As previously reported, Netflix has picked up a 20-episode, two-season deal for The Chilling Adventures Of Sabrina, that focuses on character Sabrina Spellman (of Sabrina The Teenage Witch fame).

“One day, Sabrina's going to be the most powerful sorceress who's ever lived—Archie's equivalent of Doctor Strange—but right now, she's a 16-year-old girl who's figuring out who she wants to be and if she's going to prom or not,” Aguirre-Sacasa tells USA Today.

We want to know: Which character are you most excited to see in the Sabrina reboot? Comment below to let us know!