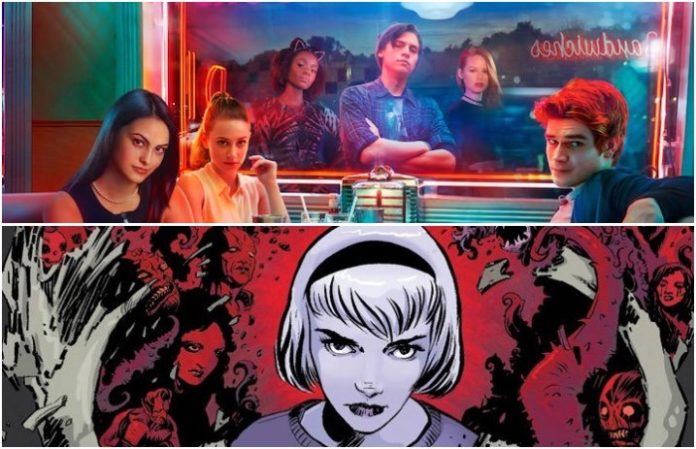 There's been some speculation about Sabrina The Teenage Witch crossing over with Riverdale, and Lili Reinhart has shed some light on the speculations.

Read more: See the edgy first photo of Salem from the ’Sabrina’ reboot

In a recent interview with Vulture, Reinhart speaks on whether Betty might pop into an episode of Sabrina The Teenage Witch series or not.

When asked if Reinhart would make a guest appearance as Betty on the Sabrina series, she said: “I think Betty’s solely in the Riverdale world, and it doesn’t make sense for a crossover. That’s why the decision was ultimately made to move to Netflix—to make these Riverdale and Sabrina shows completely separate universes.”

Some fans are a bit upset that Riverdale is out on the CW while Sabrine The Teenage Witch is only on Netflix, but Reinhart does look quite at home with her Riverdale family.

You wouldn’t know by looking at this photo, but Casey is wearing ass-less chaps.

The idea of magic in Riverdale is totally wild, yet Reindart shuts that down too, saying: “I know that [magic] doesn’t exist in Riverdale.” She says Betty has a full plate as it without a teenage witch, a talking cat and magic.

What do you think? Should Betty pop into Sabrina's world? And should magic pop into Riverdale's world? Comment below and let us know!