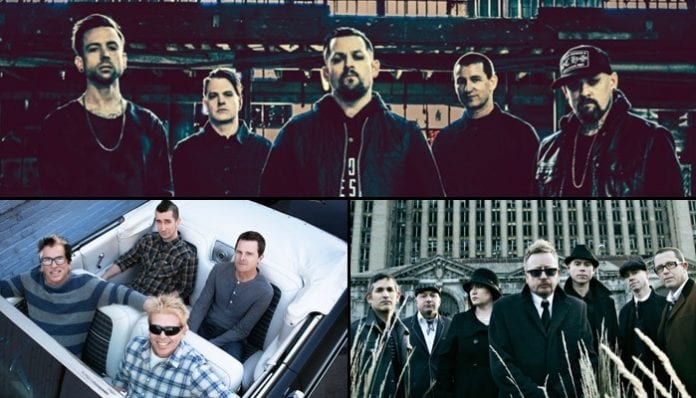 Who doesn’t love eating tacos, drinking beer, and listening to the best rock and punk bands in the world—all at the same time? Now doesn’t that sound like pure bliss?

Well, if you agree with that summation, you may be interested in attending the upcoming Sabroso Craft Beer, Taco & Music Festival. Because, in addition to tacos and beer, the sixth annual event in Dana Point, California, boasts an impressive music lineup led by Good Charlotte, the Offspring, Flogging Molly, Bad Religion and the Descendents.

It all goes down over an expanded two-day stretch April 6-7 at Doheny State Beach park. Below, check out the Sabroso festival’s full band schedule, and get your tickets here when they go on sale this Friday, Feb. 1, at 10 a.m. PT.

“There is so much to be excited about this year at Sabroso!” festival co-producer Cameron Collins says in a press release. “There will be more tacos than ever before, with an even greater variety offered…we’re talking carne asada, grilled fish, fried fish, shrimp, lobster, chicken, al pastor, and more! In addition to the crazy amount of insane tacos, we have some of the most sought after breweries and beers on the planet.”

And Good Charlotte certainly seem stoked to be taking part in the Sabroso festival. “THIS IS GONNA BE SO RADICAL!” they share via Twitter today. “We’re playing @SabrosoTacoFest with a bunch of our all time favorite bands!”

THIS IS GONNA BE SO RADICAL!
We’re playing @SabrosoTacoFest with a bunch of our all time favorite bands!
Tickets available this Friday 1st of February at https://t.co/wD4ZX9W0lV pic.twitter.com/xkIdtvuFAy

Will you be attending the Sabroso Craft Beer, Taco & Music Festival in Southern California this spring? What do you think of the unique food and music fest’s tasty artist lineup? Sound off down in the comments section with your thoughts!