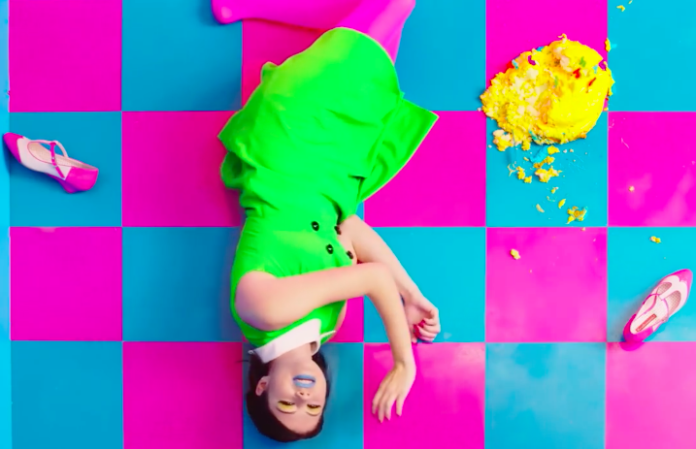 It's been a while since we've heard new music from SAINTE, but the new group has just killed it with the release of “With or Without Me”

Read more: Tay Jardine on announcing SAINTE, future of We Are The In Crowd—“I felt way more vulnerable”

SAINTE's debut release was back in October with “Technicolor” and we've been dying for new music since then. Tay Jardine talked about the future of SAINTE in an interview with Alt Press back in December.

It was confirmed through a livestream on Facebook that this new song is a part two to the “Technicolor” video sequence that she mentioned back in December.

Jardine has been teasing this new video through a series of tweets and even went on Facebook live thirty minutes before the new video debuted.

She revealed a fun fact through the livestream that the reason her band name is “Sainte” instead of “Saint” is because, “it's easier to Google.”

Recently, SAINTE guitarist Cameron Hurley covered the 1975 in the style of Blink-182 and it blew our minds. Even better, it also blew the minds of Mark Hoppus and Matty Healy.

Check out “With or Without Me” below!