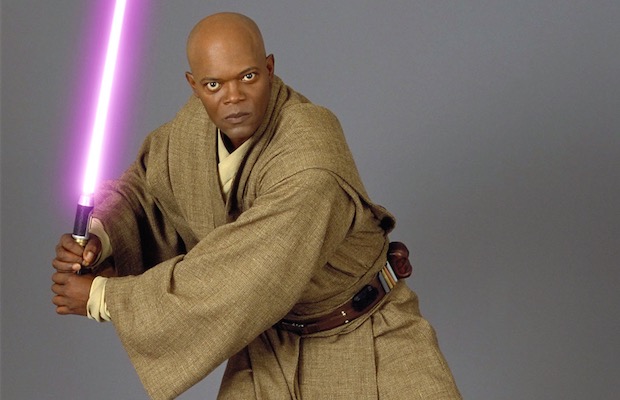 In a recent interview with IGN, Jackson was presented with the question of whether or not the character could show up again. “I'd like to hope so,” he responded. “The cry is loud enough.”

We've seen supposedly deceased characters roar back to life through storyline gaps before, so Mace Windu returning in some capacity may not be as implausible as it sounds.

Later in the interview, he touched on the humorous fact that while he has yet to see either of the two Star Wars: The Force Awakens trailers, he contemplated showing up to a casting call for the film in London. “When we were doing Kingsman, I was talking to a guy and saying, 'Maybe we should go audition and see,' because they were having Star Wars auditions one day. 'We should go, you know, and see!'”

So, what do you think? Would you like to see Jackson reprise his role as Master Windu?