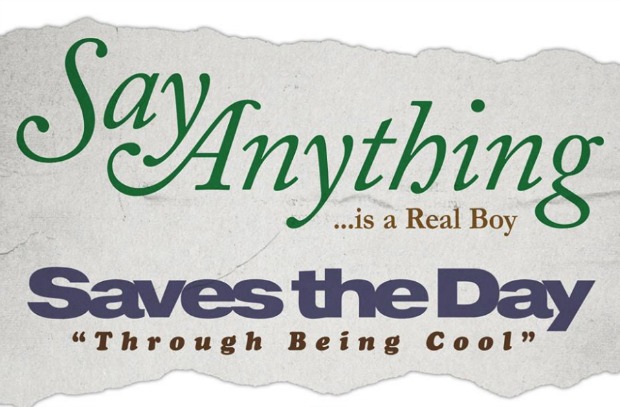 After announcing their combined album anniversaries tour with Reggie And The Full Effect, Saves The Day and Say Anything have released covers of each other.

Say Anything covered STD’s “You Vandal,” which is taken from 1999’s Through Being Cool. STD covered Say Anything’s “Belt,” which is from 2004’s Is A Real Boy…. Stream both covers below, and let us know your thoughts.

Both bands, who are labelmates on Equal Vision Records, have relatively new albums out. Say Anything released Hebrews earlier this year, and Saves The Day released their self-titled album in 2013. If you missed it, watch Say Anything's new video for “Six Six Six.” Also, check out AP's recent interview with Saves The Day.