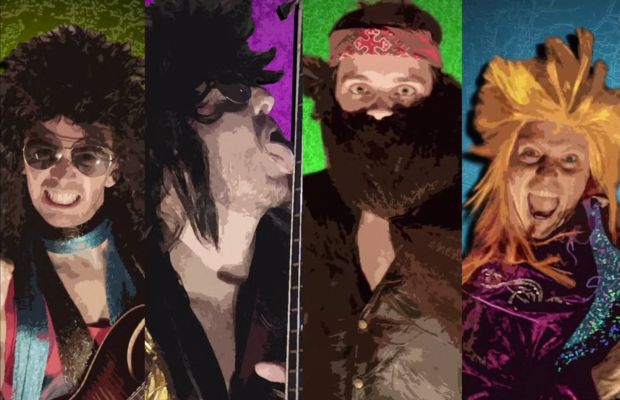 Houston's instrumental four-piece Scale The Summit are finally back with new material following 2013's excellent The Migration. The band has announced their upcoming fifth release, the aptly titled V, which is due out on September 18 via Prosthetic Records, the band's longtime label.

Today, the band unveiled the album's lead single, titled “Stolas,” over at Guitar World, along with a ridiculously fun video accompaniment. The band dons '80s wigs and outfits while rocking out in a paint-splattered room during the pop-up video inspired by the popular VH1 show which first aired in 1996. The little “info nuggets” you see throughout are of course filled with jokes and useless information.

The song itself: a five-minute jam of killer progressive metal featuring the band's signature shredding and groove. Fans of any of the band's earlier material should feel right at home with this one.

You can enjoy the video for “Stolas” below and pre-order the band's new album through Prosthetic Records now.