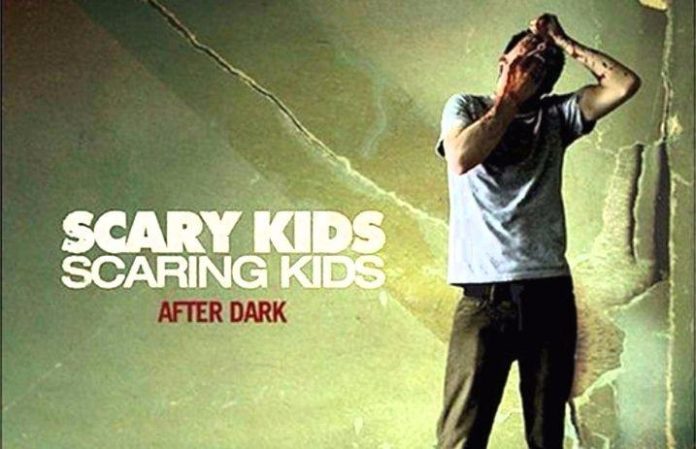 Not only will it be the first time the EP will be on vinyl, but it’ll feature four previously unreleased bonus tracks as well.

Scary Kids Scaring Kids’ debut EP was self-financed by the band while they were in high school. Two years later, it was reissued by Immortal Records, and now it’s officially getting a vinyl release.

Each album is pressed on 140 gram colored vinyl and housed in a jacket featuring all new art, reimagined by Zachary Brown.

Check out the vinyl variants, including a super limited, including a Clear Blue with Monster Splatter with only 100 copies!

Side A:
What's Up Now
Bulletproof
Locked In
Sink And Die
Changing Priorities

Will you be picking up After Dark on vinyl? Let us know in the comments below!