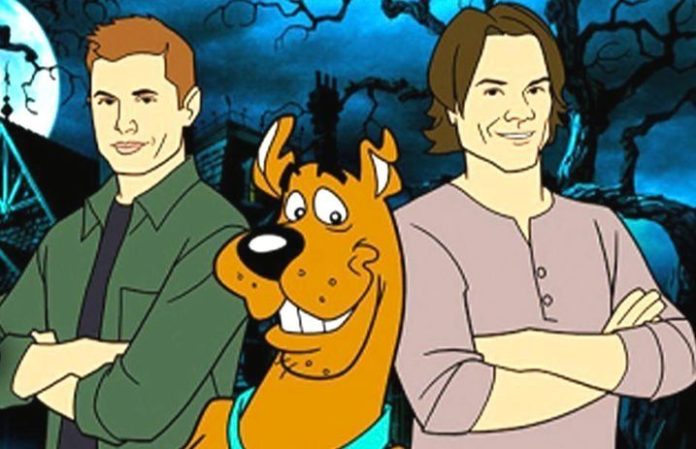 The crossover that we probably don't deserve but are getting anyway is nearing, and what better way to celebrate than to see another, extended, trailer for one of the most exciting television crossovers we've seen in recent history. (Don't @ us, we totally stand by this statement.)

Read more: The ‘Scooby-Doo’ and ‘Supernatural’ crossover is getting a merch line at Hot Topic

The show, coined “Scoobynatural,” is slated to be a mix of both live-action and animation, meaning fans of each series will get the best of both worlds. In the trailer, we see the Winchester brothers get transported into the spooky world of Scooby-Doo and well, it goes as expected when it comes to Sam and Dean.

Check out the extended trailer below!

As previously reported, the reasoning behind Sam and Dean's crossover into the world of Scooby-Doo? Dean wrestling with a plushy.

The episode will begin showing Dean in a wrestling match with a live plushy. For his efforts, a pawnshop owner offers the brothers a free TV in order to show his thanks. Sam, being Sam, is of course a bit weary of the free gift, but Dean is thrilled about it.

Taking the TV back to their bunker, Dean creates his own version of a man cave: the “Dean Cave.” With this being a Supernatural episode, everything is obviously not as it seems, and the brothers and their angelic sidekick Castiel is sucked inside an episode of a Scooby-Doo cartoon.

Be sure to catch “Scoobynatural” when it airs Thursday, March 29 at 8 p.m. ET on the CW.