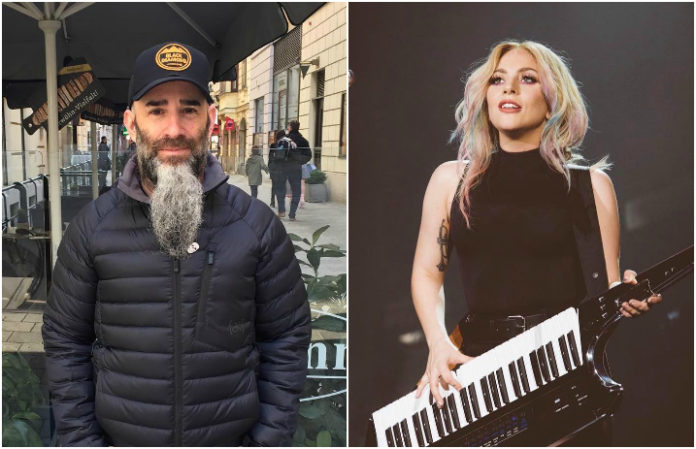 Scott Ian of Anthrax is reportedly keen to collaborate with Lady Gaga on a future album, even offering his longtime metal band as backup musicians!

In a new interview with Duke TV (watch below), the Anthrax guitarist talks about Gaga’s unlikely partnership with Metallica, the metal-pop pairing that resulted in the artists’ now-infamous Grammys performance together. Ian says he’s not sure if Metallica and Gaga have more plans to collaborate, but he does offer the “Perfect Illusion” songstress a pretty sweet deal on working with Anthrax, whether for a song or a whole album. (via Metal Injection)

“I’ve said since the beginning, since the first time I ever heard her voice,” Ian elaborates. “I always thought, ‘Wow, I would really love to hear her sing on a rock record, metal record.'”

What do you think about a possible Anthrax-Gaga team-up? What rock or metal band do you think should collab with Lady Gaga?

Watch more: Anthrax discuss being asked to write a song for ‘Game Of Thrones’