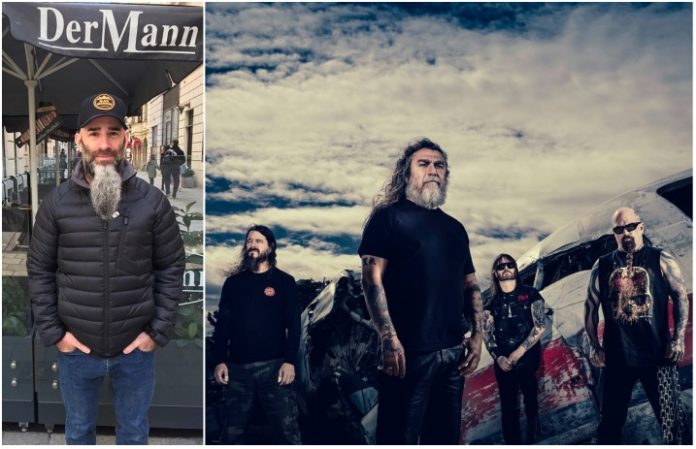 Anthrax guitarist Scott Ian is feeling optimistic about Slayer's final world tour—on which his band will be a supporting act—despite being taken by surprise with the announcement that the trek will be the metal band's last run.

Speaking to Detroit's WRIF Meltdown podcast, Ian claims he didn't know Slayer's upcoming tour would be their farewell jaunt until the band revealed its finality last week, even though Anthrax was already locked down as an opener for the shows. Still, he thinks Slayer will go out with a bang.

“All the best things have a great ending, whether it's a book, a movie, a TV series,” he says, as reported by Loudwire. “If you don't stick the ending… what was the point in the first place? And I like the way they're doing this, and I really think they're gonna go out in a big way and really stick the ending.”

Slayer—one of the “big four” metal bands alongside Anthrax, Megadeth and Metallica—have been at it since 1981, releasing 12 LPs in that time. Don't expect a 13th, however, as the band's Gary Holt says there's “no new album” being plotted with the tour, regardless of their recent work on one.