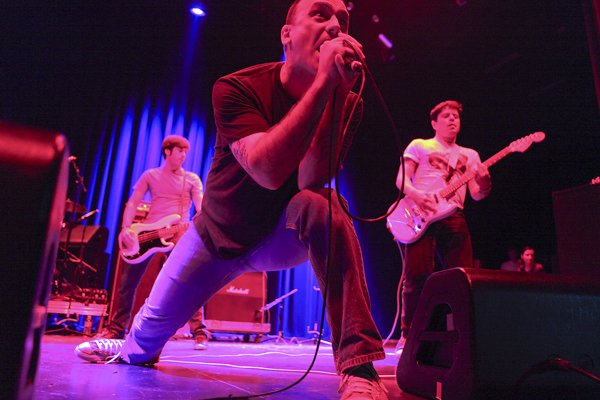 Late Friday, Ben Weasel updated his website with a lengthy blogpost detailing his take on the events surrounding the March 18 South By Southwest show, during which he threw punches at two women. In the post, titled “Welcome To The Carnival of Schadenfreude,” Weasel reiterates the sincerity of his apology and states, “I fucked up, and if I had to do it over, I would’ve dealt with the situation in Austin in the same spirit as I did the previous 60 minutes – with humor, style and a thick dollop of good old-fashioned panache.” He also gives his side of the band resignations which occurred in the wake of the concert.

Later in the post, Weasel announced Screeching Weasel will be doing their first show since the SXSW performance on October 29 at Reggie's Rock Club in Chicago. Tickets are available here. Weasel notes the documentary crew filming a movie on the band will be in attendance.

For the complete oral history of Screeching Weasel, see AP #277.