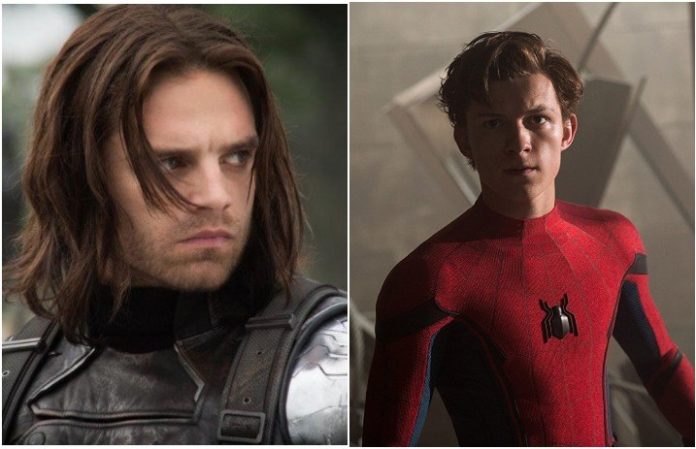 We were completely devastated after we saw the end of Avengers: Infinity War, where, spoiler alert, we saw Thanos snap his fingers and clear out most of the universe. After seeing the unexpected final, we were sure we'd never smile again, but one actor from the massive franchise decided to lighten the mood by making fun of one of his co-stars.

During a recent appearance at Wizard World's comic con in Philadelphia, Sebastian Stan, who plays Bucky Barnes in the films, decided to take the opportunity to poke fun at his Avengers: Infinity War co-star, Tom Holland, who plays Spiderman, by recreating one of Holland's famous performances outside of the Marvel Universe.

For those who don't know, when Holland isn't busy saving the world in his Spiderman gear, he may be found lip syncing to Rihanna's 2007 smash-hit, “Umbrella.” Don't believe us? Earlier this year, Holland took to the stage to perform an epic rendition of Rihanna's song on Paramount's Lip Sync Battle, and we were amazed at how spot on Holland's performance actually was.

Check out his performance below:

Fast forward a few months, and Stan couldn't resist the urge to recreate the iconic moment during his meet and greet at the convention when he was giving an umbrella much like the one Holland used for his iconic performance.

As you can tell from the picture below, Stan recreated Holland's pose perfectly, and now we can't tell who performed the song better (does anyone have a video of Stan channelling his inner Tom Holland? We'd like to see it.)

Of course, making fun of his co-star isn't the only thing Stan did during his time at the convention. During his appearance, he also shared how he found out Bucky's fate in the last Avengers film, saying:

“I remember the day on set and James Young, who is one of my talented, glorious stuntmen … on this film, came up to me and actually told me what was happening,” Stan said.

According to Stan, Young came up to him to explain the scene that revealed Bucky's fate, simply sharing that all he'd have to do is fall onto a mat, consequently disappearing from existence. Of course, if he had any questions, Young told him that directors Anthony and Joe Russo would further explain it.

With a simple, “oh, okay,” to Young, Stan continued on to say:

While Bucky's fate in the franchise is uncertain, Stan has previously shared his own thoughts on what Marvel could do with his character. In a recent interview with Variety, Stan hinted that he wouldn't mind seeing Bucky get his own movie, especially if he could explore the character's backstory more.