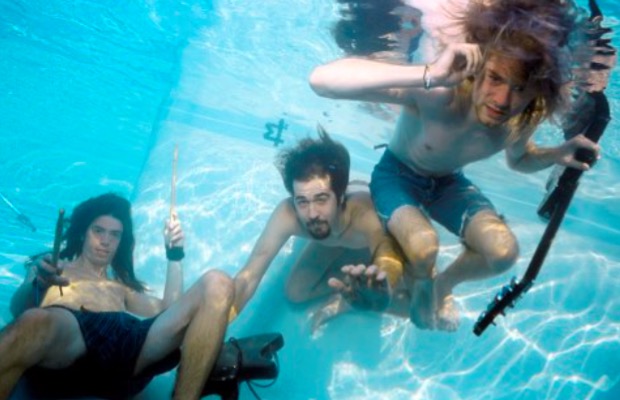 Photos from the cover shoot of Nirvana's seminal album, Nevermind, are currently on display for the first time at Steven Walker’s Modern Rocks Gallery in Austin, Texas. Those, along with a few others, have been unveiled online via the Daily Beast.

Photographer Kirk Weddle corralled the worn out rockers on October 28, 1991 at a pool in Los Angeles for the iconic shoot. They had been touring incessantly at the time, and were understandably not in the mood to take pictures of any kind, let alone get into a freezing swimming pool. Kurt responded with, “Fuck! I have to get in the pool?” says Weddle. He was far from a fan of water.

You can check out a handful of the pics below and see the rest over at the Daily Beast.