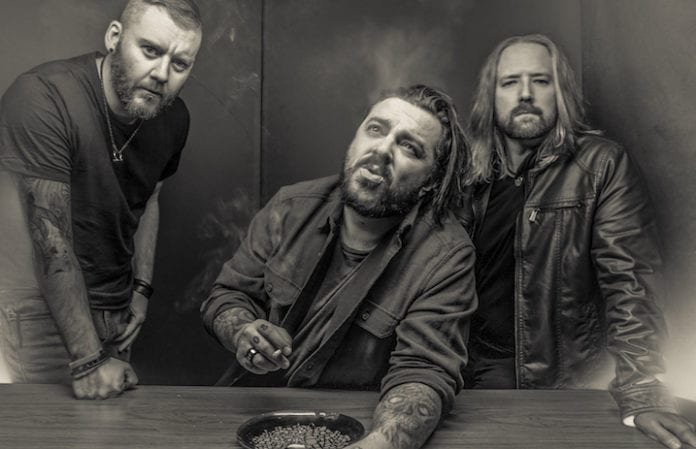 Seether have premiered a new tune called “Nothing Left.” Listen below!

The song comes from the band's forthcoming seventh studio album, Poison The Parish, due out on May 12 from Seether frontman Shaun Morgan's own Canine Riot Records. The group premiered the new song over at Billboard.

As AP previously reported, Seether's new album is expected to be a much heavier affair for the hit-making “Broken” band. Morgan sheds some light on the South African trio's “heavier vibe” to Billboard.

“That’s because a lot of the time, we were dealing with the record company that wanted the band to … sound slightly more radio-friendly, in terms of possibly pushing us toward an alternative direction. Alternative used to be something that was the category [we were] in. That’s no longer the case. Now, it’s more that guitars are less of a player in the music, and it’s more Imagine Dragons and Lorde and stuff like that. We don’t fit the alternative category anymore. That was something that the label wanted us quite desperately to try [to be a part of], and I think the producers steered us in that direction as well. It all makes sense, in some respect. They had a plan that we just weren’t privy to.”

He continues, “The whole point, for me, was to reclaim the fact that we’re a rock band and it’s what we’ll always be, and until the alternative label shifts back to the kind of rock bands that have guitar and vocals, that’s just what we’ll be.”