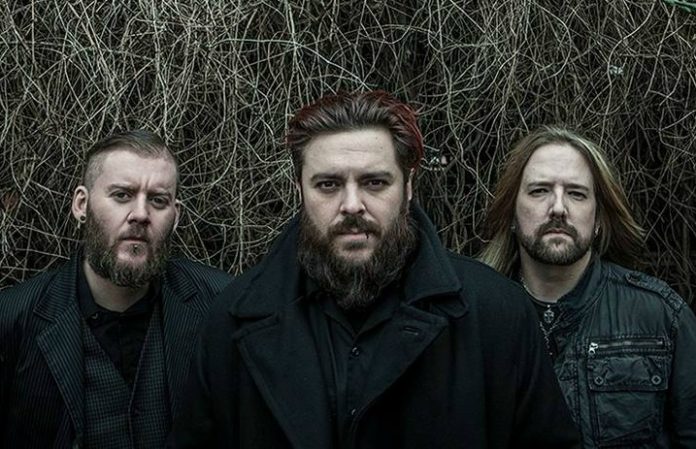 Today the rock scene received a nice surprise from South African rock band Seether, who announced their seventh studio album Poison The Parish. It will be released on May 12.

The album has been self-produced by vocalist and guitarist Shaun Morgan, who is also the owner of the new label the LP will come out on—Canine Riot Records.

Read More: Twenty One Pilots’ “Heathens” breaks record for most weeks at No. 1 on Billboard’s Rock Songs chart

Poison The Parish was recorded at Blackbird Studio in Nashville, Tennessee, and will feature 12 songs. Check out the full tracklist and album artwork below.

In addition to revealing the record, Seether have also premiered their video and first single, “Let You Down.” Check it out beneath the album details.

Not only is the new music video eerie, but it showcases a return to the darker and heavier style of music that Seether built their name upon.

Talking to Loudwire Nights, Morgan commented on the record: “I think [this album] is probably something heavier than we’ve done in a while. There’s more of a return to the sound we had on the first few albums and I know that people wanted that.”

Read More: Proof Skrillex and Incubus have been working in the studio together

That's good news for both new and long time fans alike, as it represents a career that's come full-circle.

In regards to the album's title, Morgan went on to say that it was influenced by celebrity brainwashing through social media, noting he finds the situation, “Completely vapid and useless as far as their contributions to society. People buy lipgloss from a girl who didn’t have lips a few years ago. It doesn’t make any sense to me.”

Seether's new album Poison The Parish will be their first since 2014's Isolate And Medicate. You can find preorder bundles here, or do so digitally via iTunes.

Watch the chilling video for “Let You Down,” and let us know how excited you are about the upcoming project from Seether!