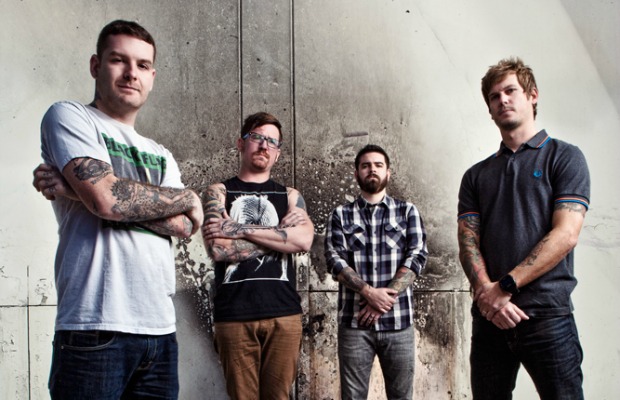 If you followed our studio blog with Senses Fail guitarist Zach Roach, you are aware that the band have been in the studio, working hard on their fifth album over the past few months. Today, the band has announced that that album, titled Renacer, is set for release March 26 on Staple Records. Read a statement from the band about the upcoming album below:

“We celebrated our 10 year anniversary in February 2012 and immediately got to work writing Renacer,” commented singer Buddy Nielsen. “The approach to this record was to embrace change and explore a different side of the band. The process was long, but was probably the smoothest out of any other record because we wrote without any boundaries. Renacer is by far our heaviest effort to date, which felt like a natural progression for us.”

“We chose to work with [producer Shaun Lopez] because of our respect and love of the music he has made in Far and the work he has done over the years as a producer. Shaun was a huge asset in crafting and harnessing the heaviness of the record without sacrificing the clarity and natural sonics that we wanted.”

“The name Renacer means “to be reborn” in Spanish. We chose the name because it reflected the change that we embraced in our personal lives as well as in our musical lives. The name ties together the themes of the record, which touch on change through positivity, balance, spiritual growth and love. We are very proud of the work we have done and are extremely excited to share it with the world.”