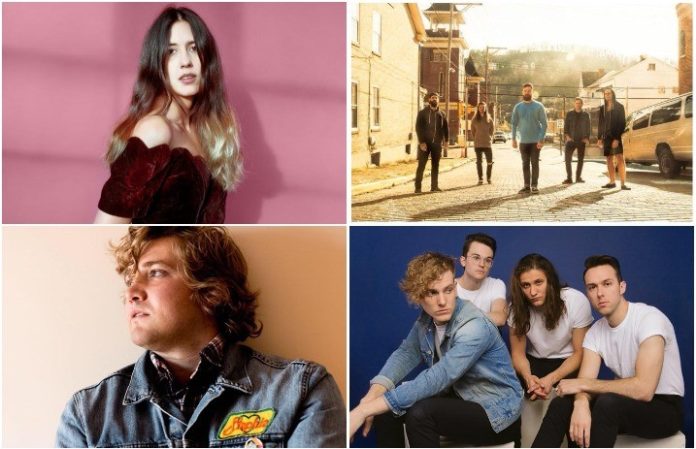 Watch new music videos from the Weekend Classic and Palisades—plus, don’t miss COIN and Mike Frazier on tour. Check out the news you might have missed today below!

Senses Fail have announced another new tour with Sharptooth and Lil Lotus. This time, it’s for our friends in Canada, with a few surrounding areas in the States as well. The news comes as a follow-up to the band’s U.S. headliner with Reggie And The Full Effect, Have Mercy and Household. For a full list of dates and to get your tickets, you can go here. The band just released their new album, If There Is Light, It Will Find You, which you can purchase here.

2. Palisades released a music video for their song “Through Hell”

Palisades have shared a music video for their song “Through Hell.” The track is taken from the band’s latest album, Palisades. You can get your copy here! The band are currently on tour with Starset, and you can grab your tickets for the remaining dates here.

Another new song for you. Enjoy “Supermachine”. ‘Chrome Neon Jesus’ out this Friday.https://t.co/8xwlbGvzmg pic.twitter.com/DrKEnShZmT

Teenage Wrist have shared their newest song “Supermachine.” The track is taken from the band’s upcoming album Chrome Neon Jesus. The album is set to be released this Friday, March 9, and you can get your copy here!

COIN announced that they will be coming to Seoul, South Korea on May 20. The band are currently on a North American tour, and you can get your tickets here!

The Weekend Classic shared a music video for their song “Mutual Interest.” The song is taken from the band’s upcoming album, Better Health, which is set to be released April 6 via Rude Records. You can get your copy here!

Half Waif released a new song, “Torches,” taken from the band’s upcoming album Lavender, which you can preorder here. Half Waif will also be going on tour, and you can see the dates and pick up your tickets here!

Good Old War have premiered a music video for their song “That Feeling.” The song features Anthony Green, and it’s taken off the band’s latest EP Part Of You. The album is out now, and you can get your copy here. The band are also on tour, and for tickets to the remaining dates, you can go here!

Mike Frazier announced today that he will be embarking on a spring solo tour. Frazier will be taking Nathan Perry, Avery Mandeville and Marigold along for the ride. Keep your eyes out if you don’t see your city on the list because more dates are expected to be announced.

HalfNoise shared a music video for their song “Flowerss,” which is taken from the band’s upcoming EP Flowerss. You can snag your copy of the single here!