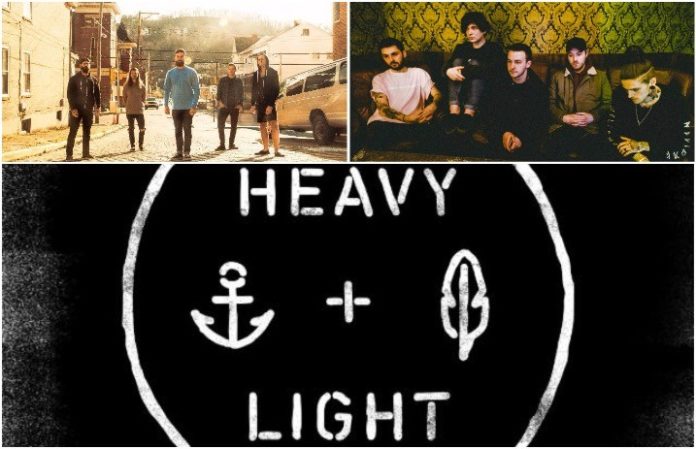 To Write Love On Her Arms release info on their annual event HEAVY AND LIGHT, Senses Fail throw an album release party and other news you might have missed today.

1. To Write Love On Her Arms released info about HEAVY AND LIGHT event

Presale tickets for #HEAVYANDLIGHT are now available!! This year's lineup includes @jonforeman, @dustinkensrue, @prophiphop, and spoken word poet @tonyainstagram. Join us for an evening of songs, conversation and hope on March 10 in Orlando, FL! (Link in profile)

To Write Love On Her Arms are having their annual event, HEAVY AND LIGHT: An evening of songs, conversation and hope. The event is expected to take place March 10 at House of Blues in Orlando. Jon Foreman (Switchfoot), Dustin Kensrue (Thrice) and more are set to perform at the event, and you can preorder tickets here.

Senses Fail are throwing an album release party for If There Is Light, It Will Find You. The show is set to take place Feb. 11 at the Hard Rock Hotel in Palm Springs, Florida. You can grab tickets for the event here and preorder the album here.

Carnifex, Oceano and SPITE announced the “Chaos & Carnage” tour. If you're looking for a great metal tour, this is for you! Check out the full list of bands, tickets, dates and cities here.

4. Alt Press premiered the Weekend Classic's video for “Cut Me Off”

The Weekend Classic premiered their video for “Cut Me Off,” which is from their new album BETTER HEALTH. You can grab this album April 6 or preorder it here. In the meantime, enjoy the new video above, and check out more Live Premiere videos on our Facebook page.

Casey released their new song and music video for “Phosphenes,” taken from their album Where I Go When I Am Sleeping, out March 23. You can preorder the album and learn more about Casey's tour dates here.