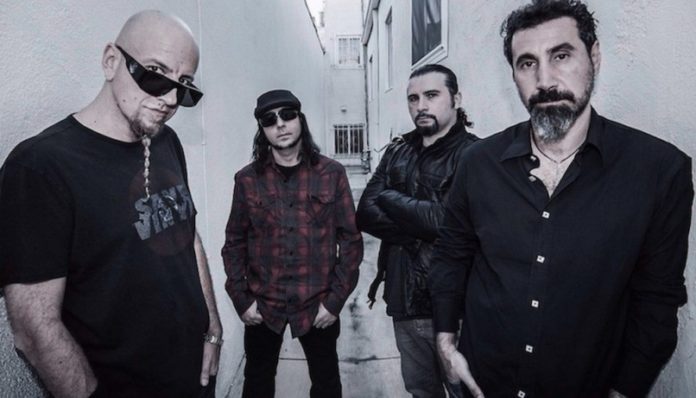 System Of A Down’s Serj Tankian has been very vocal about the lack of new music from the band and the reasoning behind it. In a recent interview with Forbes, Tankian opened up about the possibility of new music stating, “It’s gotta feel right.”

Read more: Serj Tankian  posts statement on why System Of A Down hasn’t released new music

A lengthy Facebook post from Tankian last month explained why System Of A Down have not released new music and detailed how he wanted to leave the band in 2006.

SOAD have remained pretty quiet since then, at least until Tankian sat down with Incubus vocalist Brandon Boyd in a joint interview with Forbes.com to discuss the matter a bit further.

Boyd: “Are you guys working on new music?”

Tankian: “I don’t know if it is or isn’t. But it is what it is. The new music thing, there’s a lot of press going back and forth and I recently made a statement online, on Facebook, explaining the whole hiatus and took responsibility for it.”

Boyd: “When the time is right you will.”

Tankian: “If the time is right.”

Boyd: “You never want to put pressure on those kinds of processes. A little bit like, ‘Be brilliant now. Now!'”

Tankian: “It’s gotta be organic, it’s gotta feel right in every way. But also there’s no law that says a band should be together for a million years and have a million records. Actually, if you look over the years as a musicologist or a fan of music would, in any way, it’s probably regressive thinking.”

Boyd: “It’s true, if you feel vital, if it feels like you guys need to be together in a room then absolutely. And if it doesn’t then you shouldn’t force the issue.”

“We really enjoy it. That’s the thing, over all these years, maybe we’re better friends because we haven’t made a record in 12 years. I think creating the record brings a lot of these intricate personality complex into writing, to the surface. But when we’re playing live we’re like, ‘Hey, how have you been? I haven’t seen you in a couple of months. How’s the family?’ And we have fun, we’re out there. It’s like playing basketball together playing a live show together. There’s no brain thing going on, it’s just enjoying it and doing it. That’s why we have a lot of fun. And we’ve become better friends because of it. Over the years touring here and there, a month here, two months. We’ve become better friends and closer with each other because of it.”

You can ready the full interview with Tankian and Boyd here.