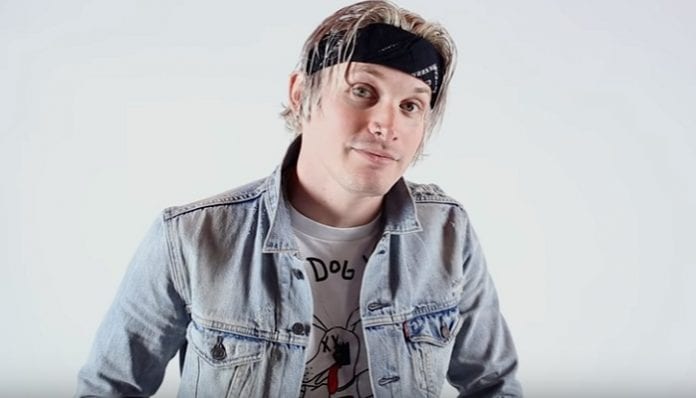 Here’s the piece of news you didn’t now you needed today: Set It Off‘s Maxx Danziger was on Let’s Make A Deal. Yes, we also have a lot of questions.

Watch a clip of him on the show below!

Imagine you’re watching TV and, suddenly, you see one of your favorite musicians on a game show?

That’s what happened to Twitter user @maggielndnphoto today when she caught Set It Off drummer Maxx Danziger on Let’s Make A Deal.

Thankfully for us who didn’t have the same luck, Maggie shared a clip of Danziger introducing himself on the show.

Danziger retweeted the video, confirming that, yes, he was on let’s make a deal.

In his own words, “Life is pretty strange.”

also, i was on let’s make a deal today https://t.co/dHgYcgJx3i

You can watch the video below and, since we only have about 30 seconds of it, here are some questions we’re hoping either Danziger or people who were lucky enough to catch today’s Let’s Make A Deal can answer: What did he win? Was it the best choice? What else he could have won?

I can’t believe I turned on the TV and @MaxxSIO is on Let’s Make A Deal pic.twitter.com/fk78nq7kRT

In July, Set It Off announced their signing to Fearless Records, along with a brand-new track, “Killer In The Mirror” after days of cryptic teasing on social media.

“We’re really excited about it because this whole process of the new music [has] been a lot about going back to our roots and digging deep into what we’ve been going through over these past couple years,” frontman Cody Carson tells AP about the band’s new era. “We’ve brought a lot of aggression back because we have a lot to talk about.”

“I think it’s our best—obviously who doesn’t—but I truly believe I’ve reached a new level as far as lyricism goes,” he continues. “I think that’s what special about this new record as far as topics, songs, tones [and] as far as feeling you’re going to get. You’re going to get a range of emotions, and I think it’s going to hopefully help a lot of people.”

Set It Off are currently wrapping up their tour with support from Chapel and De’Wayne Jackson.

Check out the dates below.

Set It Off tour dates

Watch more: Set It Off recall the near-death experiences and wild post-prom parties of Warped Tour past