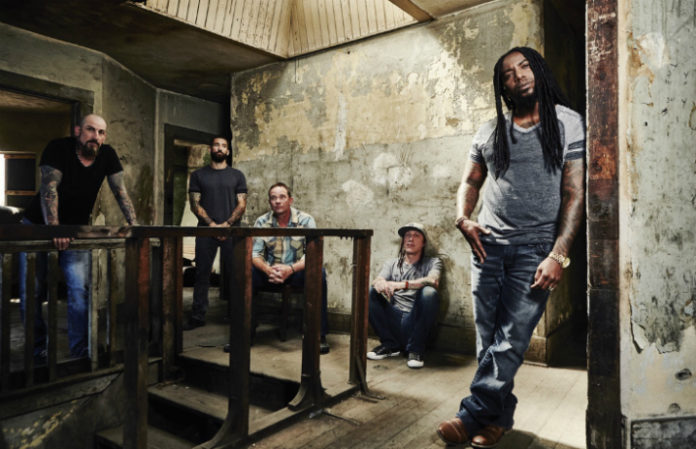 Heavy metal mainstays Sevendust have announced their signing with Rise Records, the veteran band joining the likes of Five Finger Death Punch, Of Mice & Men, Silverstein and PVRIS on the eclectic and ubiquitous record label's roster. Sevendust's 12th studio album is due via Rise in spring 2018.

“Signing Sevendust is definitely one of the highlights of my career,” says Rise Records founder/president and Defeat The Low guitarist, Craig Ericson. “I'm honored to work with an artist with a legacy as great as theirs, and I'm really excited to work with them on the forthcoming album.”

“It was important to find a label that understood where we've been and have some new ideas and strategies on where we can go,” explains Sevendust guitarist John Connolly. “Through our 20 years playing together, we have garnered the best fans in the world that have become our extended family.”

“Rise from the very beginning explained a very unique game plan to us that we feel … is going to help us celebrate our die hard Sevendust fans and expose us to new ones,” Connolly says. “There is an excitement we feel just knowing the Rise team is going to be behind this new chapter of our career.”

Sevendust will soon enter the studio with producer Michael “Elvis” Baskette to begin work on their new album, the follow-up to 2015's self-produced Kill The Flaw. Baskette is best known for his work with Falling In Reverse, Story Of The Year, the Amity Affliction, Ratt, Alter Bridge, Slash and Tremonti.

Sevendust formed in 1994 and released their debut, self-titled album in 1997. The band recently wrapped up a 20-year anniversary tour for the record.

Below, watch Sevendust's acoustic performance of “Denial” at Carolina Rebellion 2016 as part of the Zippo Encore / PRS Sessions.