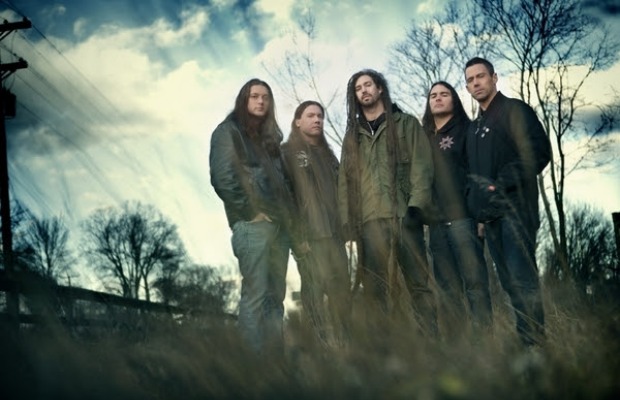 Shadows Fall have announced a hiatus from “future extensive touring.” The band have also announced their final European tour and plans for a “final” North American tour. What’s strange about the band’s statement is that it reads more like a breakup announcement:

“We don’t hate each other, we’re not bitter, we in fact still have a really great time together, but the ride has slowed down and it's time for the next chapters in our lives, whatever that may be. We can't thank the fans that have supported Shadows Fall since the beginning enough.”

But nowhere does it say the band are breaking up. It looks like Shadows Fall will be moving into a dormant state. The band add, “You still may see us at a festival or two over the next few years.” You can read their full statement below. Let us know your thoughts.

“Massachusetts metal band Shadows Fall will embark on their final European tour in less than a week. The “Hell on Earth” tour will begin in Frankfurt, Germany on Aug. 29 and runs until Sept. 14. The tour also features Unearth, The Acacia Strain and War of Ages. The band has been touring non-stop for over a decade and has decided that it’s time to “take a hiatus” from future extensive touring. In addition to this upcoming European run, Shadows Fall are planning a final North American tour and will possibly visit a few other territories some time over the next year. We will post details once everything is locked in. There are many factors that are behind this difficult decision that the band has been dealing with for some time now. In a nutshell it comes down to families, member availability, and finances. Further impacting our decision is the fact that we have two members with young children. Plain and simple, they want to be with their families to watch their kids grow. Touring full time in a band these days has never been more difficult financially. When you have to ensure the future comfort of your family, difficult decisions have to be made. Another reason is the fact that our lead guitarist (Jon Donais) is now in Anthrax, which makes it hard for us to do any extensive touring with our full lineup. Due to his obligations with Anthrax, he will not be able to join us on this European tour. Felipe Roa will once again fill Jon’s position and we are thankful to him for joining us on this run. Also returning for this tour is original bassist Paul Romanko who has sat out from touring for the last two years to raise his son. This has been a real hard decision for all of us to make but we feel at this time this is the right thing to do. We don’t hate each other, we’re not bitter, we in fact still have a really great time together, but the ride has slowed down and it's time for the next chapters in our lives, whatever that may be. We can't thank the fans that have supported Shadows Fall since the beginning enough. Without you, none of this would have been possible.  For the past decade and a half, we have been able to create the music we have always wanted to hear and share it with music fans everywhere. That being said, you still may see us at a festival or two over the next few years…if they ask, we will come! In the meantime please check out the dates for the last European go around and we will see you out there!”