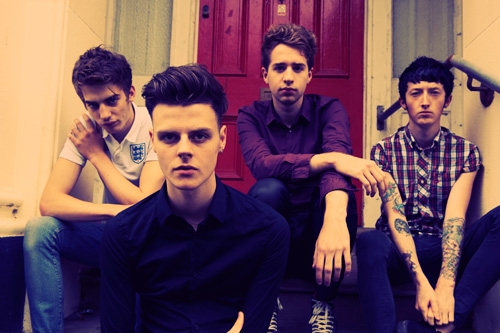 Sharks have unveiled the tracklisting for their fourteen track compilation “The Joys of Living 2008-2010” which drops April 5. The album, produced by Velvet Scene and Rise Records, will include two new songs along with twelve other previously released tracks. Shortly after the album's release, the Sharks will be touring late April through May with Social Distortion and Chuck Ragan and playing on this summer's Van's Warped Tour.