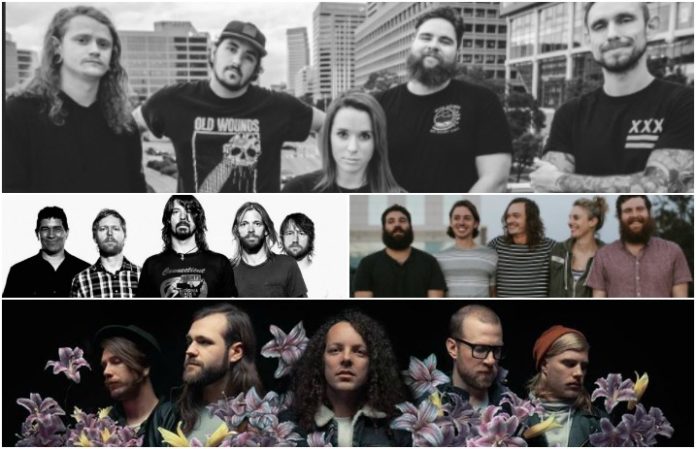 Frontwoman Lauren Kashan talked about the new single with Metal Injection commenting, “the track is all about aggressively fighting back against the hands that chain us. It’s about ‘biting back’ against oppression of all forms, be that by people in your life, in your society, or systemic forms of oppression like sexism, racism and bigotry. The song was inspired by an argument I had with a guy who tried to tell me and a bunch of other women (many of us survivors of sexual assault) about how WE should feel about sexual violence.”

You can preorder Clever Girl here ahead of it's October 27 release date.

“The Grocery” comes from the band's fifth album, A Black Mile to the Surface.

These headlining shows will take place before and after A Lot Like Birds' tour with Emarosa and Jule Vera. You can pick up tickets for these upcoming shows here.

5. Mastodon take us into the studio, play song from new EP

“Toe to Toes” will be featured on the band's upcoming EP, Cold Dark Place, which will be released on September 22. This special studio performance came from Revolver.

6. Weezer and Foo Fighters will be going down under in January

With both bands releasing new album at the end of 2017, they'll be joining forces to tour Australia to begin their 2018. Weezer hasn't toured Australia since 2013, while Foo Fighters hasn't been to the continent since 2015.