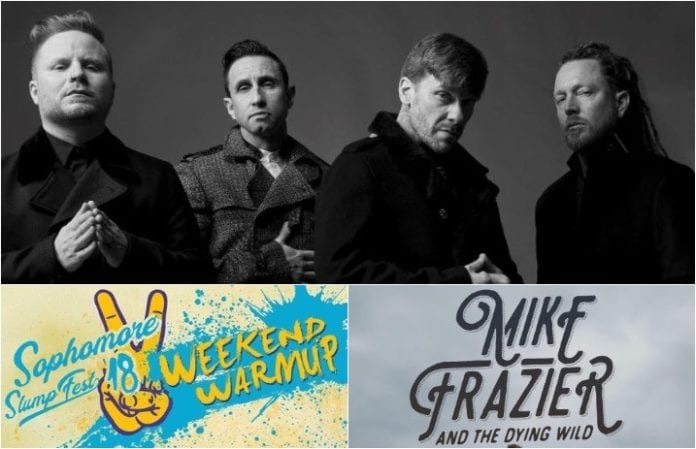 Watch new music video from Mike Naran—plus, don’t miss the pre-show lineup for Sophomore Slump Fest. Check out the news you might have missed today below!

Mike Naran released a new video for “In Your Bones.” The video is beautiful and heartbreaking and we need some tissues.

Virginia singer and songwriter Mike Frazier announced a spring tour where he will be accompanied by Avery Mandeville and the Man Davils.

Sophomore Slump Fest announced its pre-show lineup. The pre-show is August 24 and some bands on the lineup are Lunchbox Hero, Flight Club and more. You can grab tickets here and check out the full lineup above.

Night Watch released a new music video for “The Game.” This is the Philadelphia band's first single.

Newest single “DEVIL” by Shinedown hits #1 at Active Rock. The band is preparing for their new album release, Attention Attention is out Friday, May 4. You can pre-order it here.