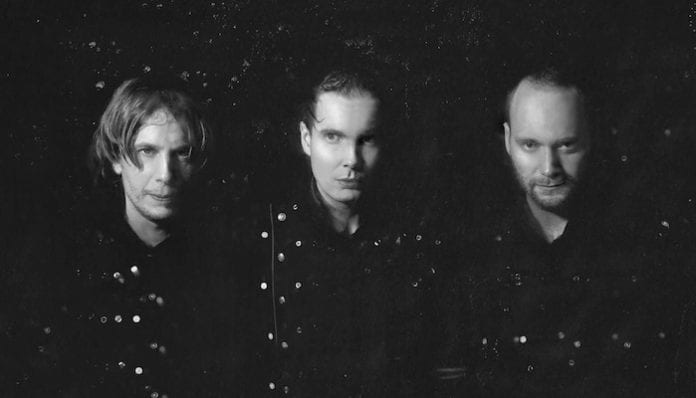 Sigur Rós drummer Orri Páll Dýrason has left the band after being accused of sexually assaulting a woman in 2013, as reported by Pitchfork. The Icelandic avant-garde act acknowledged the resignation in a statement on Monday.

“In the wake of the extremely serious and personal allegations made against him in recent days, we have today accepted the resignation of our bandmate Orri Páll Dýrason to allow him to deal with this privately,” frontman Jónsi Birgisson said.

The accusations came to light last week when Los Angeles-based artist Meagan Boyd wrote of a harrowing non-consensual encounter in a since-deleted Instagram post, Dýrason the implicated aggressor, in an assertion preserved by Pitchfork:

“I was drunk, and I had met him at a club (I had a brief period in which I was a dancer at a club called ‘the body shop’), I also engaged in a kiss with him before falling asleep in the same bed, after that I completely knocked out. I woke up with the feeling of being penetrated without my consent during a deep slumber…. It happened twice that night, and I wondered [to] myself why I didn’t leave after the first time—but I was drunk, dead tired, in shock, and this was right before I ever heard of anything like Uber/Lyft…. But none of that should matter because no one deserves to be raped/touched/licked/fucked without CONSENT.”

In another post, Boyd shared an alleged email exchange between her and Dýrason. “Why you would want to publicly accuse me of something I did not do?” he allegedly said, while adding his experience was “completely different” from her’s.

Boyd responded with her memory of the encounter, saying she woke up screaming at the drummer and had “trauma for months and for years have not been able to forget how awful you made me feel and how used and taken advantage of.”

On Facebook, Dýrason said that leaving Sigur Rós was a “difficult decision” but that he “cannot have these serious allegations influence the band and the important and beautiful work that has been done there for the last years.”

And while the musician “will do anything in my power to get myself out of this nightmare,” he continued, “out of respect for those actually suffering from sexual violence, I will not take that fight public.” Read the full statement below.

Sigur Rós formed in Reykjavik in 1994 before releasing their debut album in 1997. It’s follow-up, 1999’s Ágætis byrjun, became a Stateside staple after atmospheric songs like the band’s “Svefn-g-englar” made its way into movies such as Tom Cruise‘s Vanilla Sky. The band have since released five more albums, including 2002’s unpronounceable ( ).