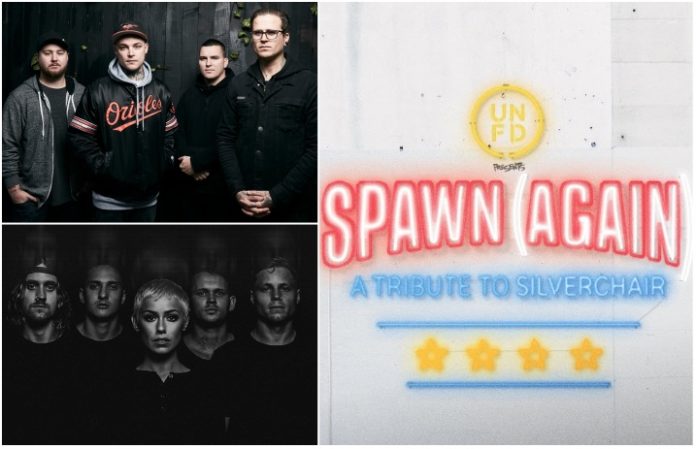 Nineties alt-rock kingpins Silverchair are getting the scene salute on a new tribute album featuring the Amity Affliction, Tonight Alive, Northlane, In Hearts Wake and more! Check out the cover art and track listing below.

Read more: There's a metal 'Dark Side Of The Moon' tribute album

Spawn (Again): A Tribute To Silverchair is out Nov. 17 via UNFD, with the label calling the album a way to “introduce the talent and legacy of Silverchair to a new generation of heavy music fans.” The tribute's release coincides with the 20th anniversary of Silverchair's 1997 LP, Freak Show.

The first song premiered from Spawn (Again) is Northlane's cover of “Anthem For The Year 2000,” Silverchair's Y2K call-to-arms single from their third album, Neon Ballroom—hear it below. The members of Northlane describe the formative impact that the song, and the band, had on them.

“'Anthem For The Year 2000' was the first Silverchair song I ever heard,” says Northlane guitarist Jon Deiley. “To me, as a young kid, it was intense and heavy. And it wasn't 'til a few years later that I really began to appreciate the impact their music had on me at an early age.”

Silverchair, Australia's mid-'90s answer to Nirvana and Pearl Jam, shot to stardom in 1995 with early singles like “Tomorrow” and “Pure Massacre.” The band enjoyed a fruitful career embodied by stylistic growth—most notably on 2002's Diorama—before going on hiatus in 2011.

“I think Australia's love for Silverchair runs deep,” adds Deiley, “and their influence on Australian music is still felt today. There's very few bands who can bring together artists to celebrate their work, and Silverchair is one of them.”