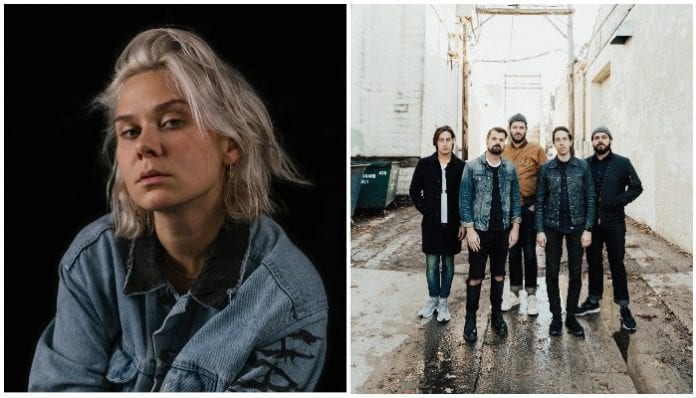 Read more: Bring Me The Horizon announce support for first half of upcoming tour

Irish singer/songwriter Rea Garvey shared his video for his song “Kiss Me.” The song comes from his album Neon, which features 23 original songs and acoustic versions of those songs. You can check out the album here.

Singer/songwriter Ames released her alternative-pop hit “Hold On” earlier today. She has written for many high-level artists such as LIGHTS, Kelly Clarkson and Jason Mraz just to name a few. Now, she’s going solo with her work and plans to release an EP in the future.

Alternative rockers Chevelle announced their new album 12 Bloody Spies: B-Sides And Rarities, which features a compilation of 12 remastered songs from 2002-2006. Today, the band shared their track “Sleep Walking Elite” ahead of the album’s Oct. 26 release date. Preorders for the album are available here.

Sam Coffey And The Iron Lungs shared their new video for their song “First Time” via Dine Alone Records. The band are currently on tour with Frank Turner, and tickets are available here.

Soulful singer/songwriter Tatiana DeMaria shared her new song “Make Me Feel.” The track packs a soulful and powerful punch into its sound and heartache in its lyrics.

Parish f/t is the project of former Cage The Elephant guitarist and current producer Lincoln Parish who works with a variety of vocalists to achieve powerful synth-pop tracks. He just released a brand-new song called “Release,” which features the vocal stylings of Daphne Willis.

Nita Strauss is no ordinary guitarist. She’s rocked out with the likes of Alice Cooper, the Iron Maidens and Jermaine Jackson. Strauss dropped “Our Most Desperate Hour,” which will appear on her debut solo album Controlled Chaos. The album drops Nov. 16 via Sumerian Records.

Against The Current have much to celebrate with the arrival of their latest album Past Lives. Today, they shared an electrifying music video for their new single “Voices.” You can watch the video and also order their new album here.

Metal band Bury Tomorrow debuted a brand-new music video for their track “More Than Mortal.” The dark video takes you through horrifying scenes riddled with science fiction themes. This song is the third single from their album Black Flame, which is available here.

STOKED to ANOUNCE that @hannah_hermione will be joining us as a SECOND VERSIST in Push so excited to start this next chapter of the tour w her!!!!! Frick ???????????????? show her some love xxxxxx pic.twitter.com/tGlQsCSpqV

Drummer Luke Holland did a fantastic cover of BTS’s hit “Idol.” The BTS army is happy, and so are we.