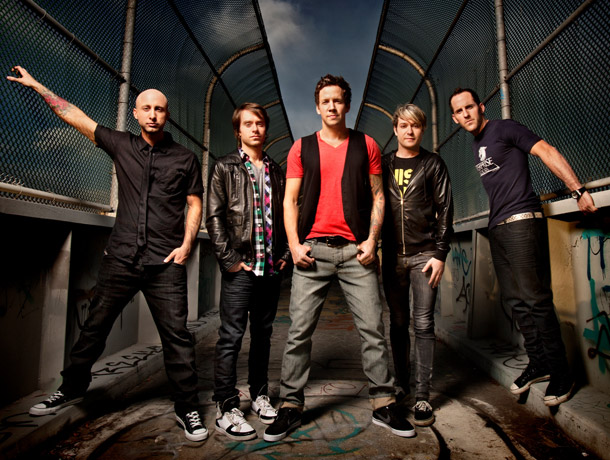 The singer revealed the collaboration in a post to his Instagram, where he said, “Good f’ing morning folks!!! Psyched about today! Gonna write some tunes with Alex Gaskarth and Mark Hoppus today!”

Hoppus would eventually confirm the news on twitter. Check out a tweet from the “What’s My Age Again?” singer below.

@AlterThePress close. simple plan are writing a song today with alex and me. it will be disastrous.

Avril Lavigne is getting divorced and I'm working with Simple Plan. Could Canada's day get any worse?!

Simple Plan released their latest album, Get Your Heart On!, in 2011 via Atlantic Records. For nostalgia’s sake, watch the band’s video for “Addicted.”