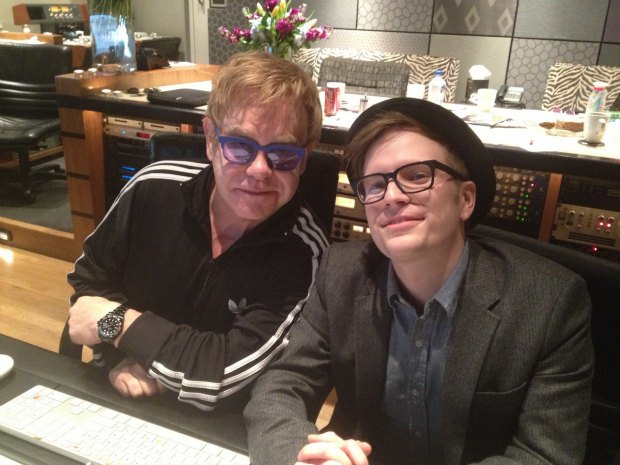 UPDATE: March 13 at 4:09 p.m. EDT
AltPress has received the following statement from the band's rep! “Elton John joined Patrick Stump in the studio in Atlanta for Fall Out Boy's new release Save Rock And Roll.“

ORIGINAL POST: March 14 at 3:50 p.m EDT
Earlier today, Fall Out Boy vocalist Patrick Stump posted the picture of himself with legendary musician Sir Elton John captioned “#saverockandroll #sireltonjohn.”  We received the same photo from a rep for the band, as well, captioned “Elton John and Patrick Stump in the studio,” confirming the location in which the picture was taken.


Though the details are vague, this photo evidence, the album title hashtag and retweets from Stump's bandmates appear to all-but-confirm that Sir Elton is involved–in some way–with FOB's upcoming album, Save Rock And Roll.

The details of his involvement are not yet clear, but we have reached out for more information and will report it here if it is available.