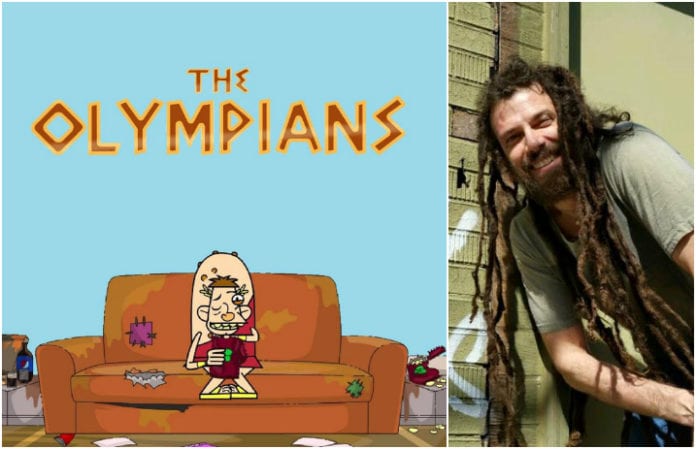 Chris Barnes, mastermind of death metal band Six Feet Under and founding vocalist of Cannibal Corpse, lends his voice to the upcoming animated series The Olympians. Check out the show's pilot trailer below!

“Lending my voice for an animated feature is something I haven't had the privilege of attempting or being involved with,” says Barnes, “so I feel pretty lucky and excited to be involved with The Olympians!”

The Olympians—directed by Bob Spang (Lilo & Stitch, Brother Bear) and scored by Cormac Bluestone (It's Always Sunny In Philadelphia)—is an adult comedy “about the Greek gods falling on hard times and struggling to find a place in modern society.” The show has an Indiegogo campaign here, and backers are privy to Episode 1 of the series, which recently won the Best Animated Comedy award at the Portland Comedy Film Fest.

Barnes' current project, Six Feet Under, recently released their twelfth studio album, Torment. The band will be headlining the X-Mass In Hell festival later this year, with more tour dates to be announced soon.