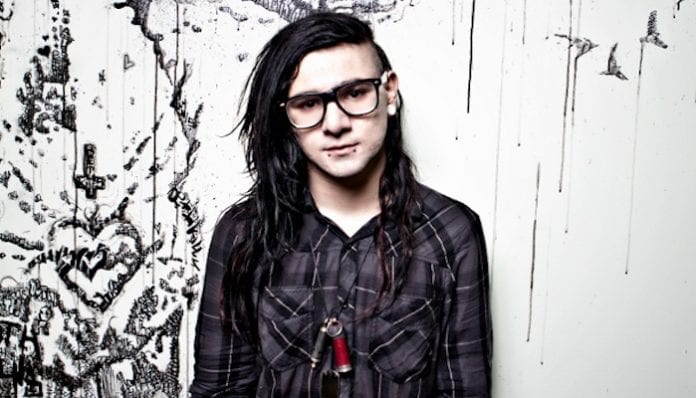 Sonny Moore, a.k.a Skrillex recently revealed that he’s working on new music. The produces also states we can expect a new album soon.

Over the past few years, Skrillex has been working with artists such as Ed Sheeran, FKA twigs, The Weeknd, Kelsey Lu, Camila Cabello, Incubus, Zac Brown Band and more.

Last March, he reunited with From First To Last at an Emo Nite LA in New Orleans. It was the first time the band had played together in two years.

Moore had left the band 2007 to eventually pursue a career as Skrillex, returning in 2017 to release “Make War” with FFTL. Moore hit the stage with the act less than a month later at Emo Nite LA, marking the last time the band performed live.

In July 2018, FFTL officially released another song, “Surrender,” seven months after the first teaser. “Surrender” was shared for free after Moore made the announcement via Twitter and leaked the record’s artwork.

The track dropped at the stroke of midnight Aug. 29.

The song was nominated for Best Dance Recording at the 2020 Grammys.

In an interview with Apple Beats 1, Skrillex reflected on this year’s and past Grammys nominations

“Grammys are such an amazing cherry on top of all the other great stuff we get to do,” he says. “My goal has always been to build a real fanbase and give people music all over the world and travel all over the world and play for people live – actually see people out there, receiving the music and getting that energy. Grammys is a whole other thing I never expected in the first place and it’s an amazing feeling.”

When asked what he’s been up to for the past few years, Moore says that he’s been working on content. He also revealed that he’s taking his time with the new album, but it’s coming soon.

“The thing is with this album, every single of piece music and body of work I’ve put together has always been what I have right then and there and then it was run and gun,” he states. “This is the first time I’ve really been taking my time, being precious about a couple of these releases. But soon, man. I’m doing some videos, making some content, getting ready for these next records.”

Read more: Skrillex songs could repel mosquitos away from humans

“What really inspired me was the new Tame Impala album, you know it took him a year to get his drum tones. Not that I’m going to take a whole year with drum tones, but I’ve never sat down and been completely tenacious about one of my releases like this. It’s getting there and I’m loving it.”

The From First To Last frontman also states that things are very different from when he first started almost ten years ago.

“It’s crazy how things have changed,” Moore admits. “You step away from doing the same thing over and over again, all of a sudden you get way new perspectives. It was a conscious decision a couple of years ago, clear the book, do a couple of tours here and there, and really just focus on taking my damn time and meeting new musicians and writers.”

“It really feels like a whole new chapter, a whole new decade has started, and I have so much more to say.”

Check out the full interview below!

Are you excited to hear new music from Skrillex? Let us know in the comments down below!